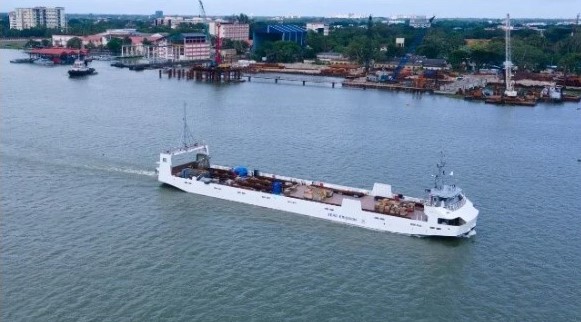 Once commissioned, the two barges will begin ferrying freight across the Oslo fjord and in the future will be marketed as part of a new shipping alternative for companies in Norway.

The two vessels that ASKO calls its sea drones will be managed by Masterly. The barges are fully electric powered by a 1,846 kWh battery and each weighs approximately 600 tons. They can also carry 16 fully loaded EU standard trailers on each trip.

Due to the unique nature of the new barges, the Norwegian Maritime Authorities (NMA) also reviewed the project to make sure that a sufficient level of safety has been achieved. NMA will further be conducting a detailed risk assessment, while DNV supported the process.

ASKO previously reported that the vessels after delivery would start in conventional operation with a reduced crew. Kongsberg Maritime will upgrade the vessels with technology for autonomous operation and the goal is for the vessels to sail unmanned by 2024.