Jan Dieleman is the president of Cargill’s ocean transportation business based in Geneva, Switzerland. During his 18-year career with the company, Jan has successfully managed businesses in the U.S. and Europe.

Jan Dieleman joined Cargill in 1999 working as a management trainee in Amsterdam. During the next decade, Jan gained considerable experience as a trading manager across freight, grain, and energy markets. He was appointed the head of Cargill’s coal trading business in 2012, and subsequently led Cargill’s North America power and gas unit.

Jan is seeking to drive progress across the maritime industry as well. In 2016, he became a non-executive director of the Carbon War Room, an organization that focuses on the decarbonization of maritime transportation. He has advocated publicly for higher standards and transformation across the industry as shipping plays an increasingly important role in a sustainable global economy. Further to his nomination as President of Cargills Ocean Transportation, he immediately identified sustainable shipping as a foremost priority within the ocean transportation strategy. He is currently leading his team to realize tangible progress under the United Nations framework for sustainable development.

A native of the Netherlands, Jan graduated from the University of Maastricht with a master’s degree in economics, marketing, and organization. 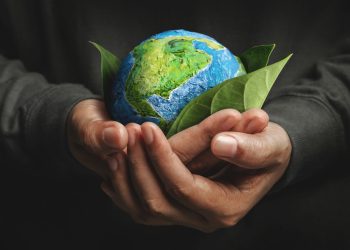 In an exclusive interview to SAFETY4SEA, Jan Dieleman, President, Cargill Ocean Transportation, Chair of the Sea Cargo Charter Association, and Chair of the Global Maritime Forum, highlights that the climate crisis is the biggest challenge, but only if addressing equally the Social and Governance elements, maritime industry can find a solution towards. For this purpose, industry must take leadership and join forces in creating a sustainable future.