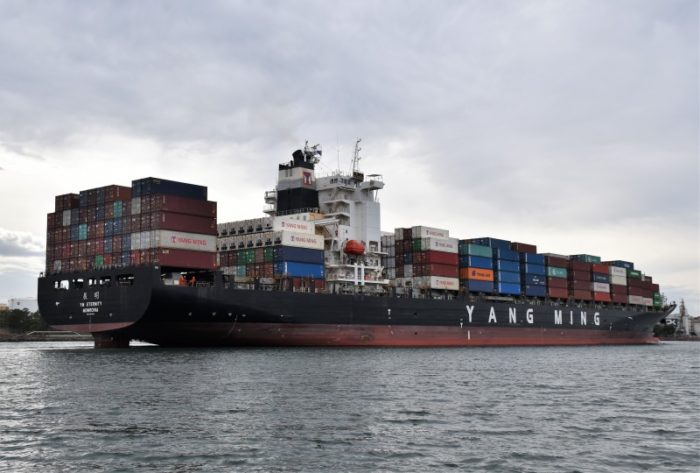 Australian authorities released from arrest the Liberian-flagged container ship 'YM Eternity', the Taiwanese-based owner Yang Ming informed, only a day after the ship was arrested at Port Botany over pollution dept.

On 9 February, the Federal Court Admiralty Marshall arrested the YM Eternity at Port Botany after AMSA petitioned the court to recover the outstanding debt.

However, the ship was released on 10 February and normal cargo operations resumed immediately.

The ship was arrested over a pollution dept, following the loss of containers incident from the container ship YM Efficiency - sister ship of YM Eternity- which happened in June 2018.

Yang Ming has been ever since committed to keeping the Hunter Coast pristine and working with the New South Wales Government to ensure all debris that could possibly be associated with the incident is cleaned up within hours of its being reported – even if it was not actually from cargo on the ship,

...the organization said in an official statement following Sunday's arrest.

The company claims that it has responded efficiently to the incident and that all of the remaining containers lying on the sea floor are in deep water (about 120 meters), with most being outside of the Australian territorial sea.

Shortly after the incident, Yang Ming, in association with New South Wales Government and AMSA, organized for sonar scanning of the sea floor, which has continued subject to weather and safety considerations since.