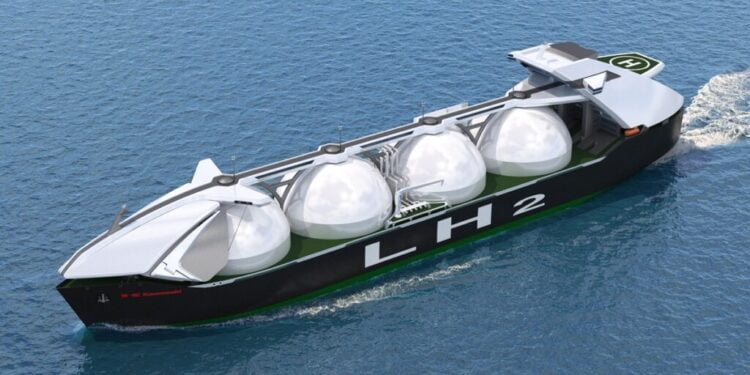 The Australian Transport Safety Bureau (ATSB) is investigating a gas pressure control equipment malfunction on board the gas carrier Suiso Frontier after the ship had loaded liquefied hydrogen at Western Port, Hastings.

According to ATSB, on 25 January 2022, a flame was seen coming from the gas combustion unit’s exhaust on deck. The unit was immediately shutdown and isolated before the crew implemented the fire prevention response plan.

No further abnormalities were reported and there were no injuries, damage or pollution. As part of the investigation, the ATSB will interview relevant persons and obtain other evidence, including recorded data.

Should a critical safety issue be identified at any time during the investigation, the ATSB will immediately notify operators and regulators so appropriate and timely safety action can be taken

The world’s first liquefied hydrogen carrier, the Suiso Frontier, left Japan on December 24, to pick up its first cargo in Australia, from where it then again sailed to Japan with its first LH2 shipment, marking a milestone for the Hydrogen Energy Supply Chain (HESC) Pilot Project.

The ship can transport large quantities of hydrogen over long distances by sea, while the 225,000 tonnes of CO2-neutral LH2 produced by HESC in a commercial phase will contribute to reducing global CO2 emissions by about 1.8 million tonnes per year.