ATSB investigation: Fire on board bulk carrier at Port Kembla 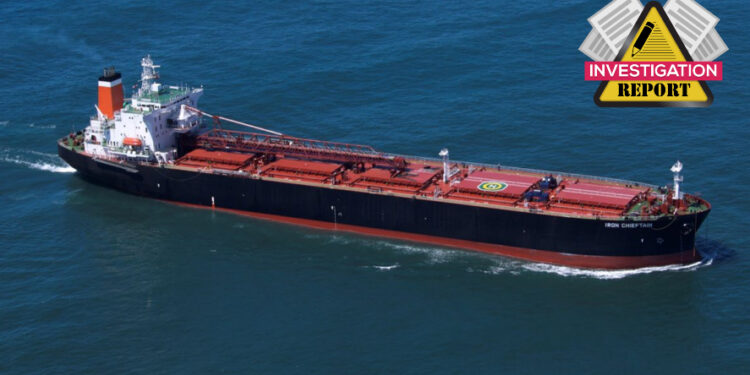 Australian Transport Safety Bureau released an investigation report focusing on a fire incident onboard a bulk carrier, that took five days to contain and extinguish, highlighting the lack of adequate regulatory requirements and standards to address the known risk of fire on-board self-unloading ships.

On 18 June 2018, during cargo discharge operations while alongside at Port Kembla, New South Wales (NSW), a fire broke out in the internal cargo handling spaces of the self-unloading (SUL) bulk carrier Iron Chieftain.

The ship’s crew initiated an emergency response but shipboard efforts to control the fire were ineffective. The fire soon established itself and spread to the exterior of the ship, setting the discharge boom on deck alight. The ship’s crew were evacuated and shore firefighting services from Fire and Rescue New South Wales (FRNSW) took charge of the response to the fire.

The fire was contained and eventually extinguished about 5 days after it started. The ship sustained substantial structural damage, including breaches of two fuel oil tanks, and key components of the SUL system were largely destroyed. The ship was declared a constructive total loss and subsequently dispatched to be recycled. There were no serious injuries or pollution of the sea reported.

The fire on board Iron Chieftain demonstrates how the effectiveness of a shipboard response to a fire depends primarily on the ability to detect the fire at an early stage and quickly extinguish it at the source. Iron Chieftain’s self-unloading system was not equipped with a fire detection or fixed fire-extinguishing system in the C-Loop space, but nor was it required to be.