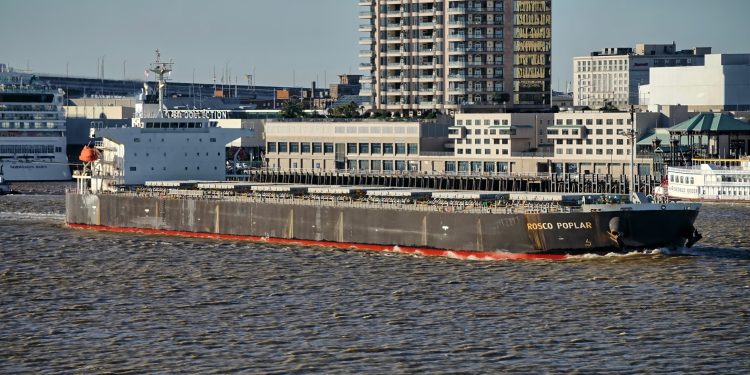 The ATSB is investigating the near-miss grounding of the bulk carrier Rosco Poplar near Bond Reef, Hydrographers Passage, Queensland, on 4 May 2022.

At about 0313 AEST on 4 May, Rosco Poplar was transiting Hydrographers Passage inbound under the conduct of a coastal pilot when it was reported that an alert from a ship’s electronic navigational aid indicated that the ship was passing less than 200 metres from Bond Reef.

The ship’s course was then altered to return to the planned track. Meanwhile, the vessel traffic service monitoring shipping in the area had also received a potential grounding alert from its electronic systems and communicated with the ship’s pilot.

The ship continued its passage without further incident and anchored off Hay Point. Subsequent verification of radar and other electronic data confirmed the near-miss grounding.

As part of the investigation, the ATSB will examine the circumstances leading to this serious near-miss, including interviewing the pilot and other relevant persons, and analysing recorded data on the ship and ashore.

Should a critical safety issue be identified at any time during the investigation, the ATSB will immediately notify operators and regulators so appropriate and timely safety action can be taken.

A final report will be published at the conclusion of the investigation.