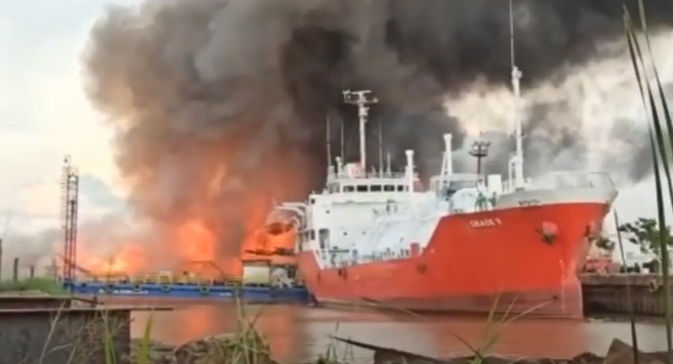 Following the LPG tanker’s explosion nearby a local yard in East Kalimantan off Indonesia, authorities announced that at least three workers at the shipyard lost their life.

To remind, several days ago, a barge exploded at the PT Barokah Galangan Perkasa shipyard in close proximity to the moored Grace V, a 1989-built, 2,010 cu m LPG carrier.

According to local media sources, the fire broke out on 11 February at around 2:50 p.m. local time, and caused black smoke to soar around the waters of the Mahakam River, Samarinda.

Following the vessel’s explosion, Indonesian authorities found three bodies in the river which are strongly suspected of being workers at the shipyard.

Concluding, the 32-year-old Indonesian flagged LPG tanker “Grace V” was in the shipyard for repairs.