by The Editorial Team
in Alerts, Safety Parent 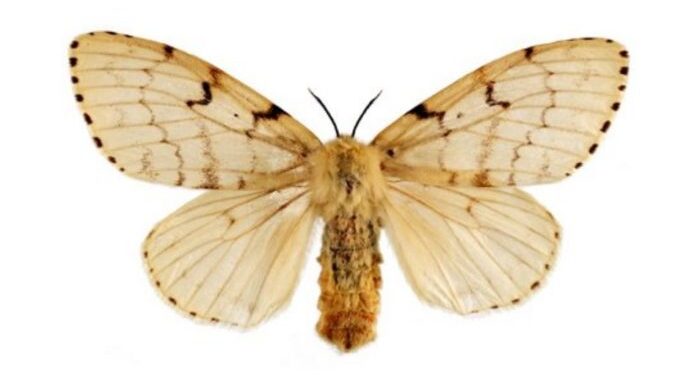 The Canadian Food Inspection Agency and the US Department of Agriculture have recently issued their joint reminder about pre-certification requirements for ships that have been in areas regulated for Asian gypsy moth (AGM) during specified risk periods.

Asian gypsy moth (AGM) is a serious pest that can be carried on ships and cargo and, if transferred to North America, could have significant negative impacts on local forestry, agriculture and the environment. AGM populations are prevalent in some seaport areas in Far East Russia, Japan, Korea, and Northern China. Therefore, vessels are required to arrive in North American ports free of AGM and with required pre-departure certification.

During the 2019 and 2020 AGM flight periods, very high numbers of moths were observed in many regulated ports. To prevent a similar high number of vessels with egg masses arriving in 2021, extra vigilance in conducting self-inspection— in addition to obtaining AGM certification— is requested.

For vessels that have called on areas regulated for AGM during the specified risk periods, as outlined in Table 1, the following measures are required:

1. Vessels must be inspected and must obtain pre-departure certification from a recognized certification body. A copy of the certificate, stating that the vessel is free of AGM life stages, must be forwarded to the vessel’s US or Canadian agents. The certificate must be issued from at least the last port of call in a regulated area that was visited during the specific risk period.

2. Vessels must arrive in North American ports free from AGM. To avoid facing rerouting, being ordered out of port for cleaning and other potential impacts associated with mitigating the risk of entry of AGM to North America, shipping lines should perform intensive vessel self-inspections to look for, remove (scrape off) and properly dispose of or destroy all egg masses and other life stages of AGM prior to entering US and Canadian ports.

3. Vessels must provide two-year port of call data, at least 96 hours prior to arrival in a North American port, to the vessel’s Canadian or U.S. agent. The agent is to ensure that this information is provided to US or Canadian officials.