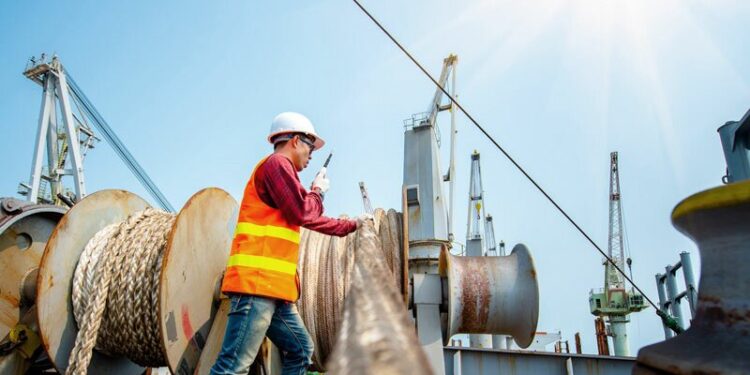 Ships trading in Far East ports are reminded that they would need their ships to be inspected and certified free of Asian Gypsy Moth (AGM) before their departure from certain ports known to be posing high risk.

Failure to do so may cause potential action by phytosanitary authorities of countries where the pest is not indigenous.

Countries usually known to regulate and inspect arriving vessels for AGM are: the US, Canada, Chile, Argentina, Australia and New Zealand.

The AGM season usually starts from late May to September. A ship that has called at a port in the regulated area during this period is considered high risk and, in general, required to obtain AGM-free certificate at the last port of the regulated area.

According to Standard Club, the US Department of Agriculture (USDA) and Canadian Food Inspection Agency (CFIA) jointly issued a bulletin in February 2021. It mentions that during the 2019 and 2020 AGM flight periods, very high numbers of moths were observed in many regulated ports.

To prevent a similar high number of vessels with egg masses arriving in 2021, extra vigilance in conducting self-inspection is requested.

The regulated areas and risk periods for 2021 are the following:

For ships that have called on areas regulated for AGM during the specified periods, the following measures are required:

In addition, CFIA explained that that their AGM policy does not exempt bunkering locations, except for bunkering at anchorage in a few regulated ports in Korea where AGM inspection services could not be obtained at certain times of the year.

As USDA requirements are aligned to CFIA’s, it is recommended that the ships calling the regulated areas for bunkering (at anchorage) shall endeavour to obtain AGM-free certificate prior to their departure

In March 2021, CFIA updated its policy with following revisions:

The heightened surveillance period for Australian ports is between January and May each year.

DAFF will also cease its annual surveillance for managing the risks posed by the Asian Gypsy Moth (AGM) on vessels arrivals after 31 May 2021.

The Ministry for Primary Industries (MPI) is the competent authority dealing with AGM regulations, and requirements are set out in part-3 of the Craft Risk Management Standard (CRMS) – Vessels.

The requirements, that came into force on 1 February 2018, state that an arriving vessel is considered high risk for AGM if in the last 12 months it has visited any of the regulated areas during the specified risk periods. Such vessels should provide a valid certificate of freedom of AGM upon arrival in New Zealand.

It is essential to ensure that the certificate confirms that the vessel was inspected during daylight hours on the same date as the vessel’s departure; and a copy of the pre-departure certificate needs to be forwarded together with one year of port of call data to the MPI at least 48 hours prior to arrival

The Chilean requirements apply to ships that, in the past 24 months, visited ports located in North East and Far East Asia between 60°N and 20°N.

A copy of the phytosanitary certificate together with a list of the ports called in the last two years is required to be provided to the Chilean Agricultural and Livestock Service (SAG) officials at least 24 hours prior to ship’s arrival.

The Argentinian National Service for Health and Agrifood Quality (SENASA) issued Resolution 764/2020 which entered into force on 12 April 2021 and describes phytosanitary measures for ships that have sailed or remained in the AGM regulated areas during the last 24 months, from the date of arrival at Argentinian ports.

The regulated areas and risk periods are defined below:

In addition, all ocean-going vessels arriving at Argentinian ports shall notify SENASA at least 72 hours before arrival, whether or not the call(s) occurred during the AGM flight periods. All vessels will then be subject to a risk assessment by SENASA, which can result in an inspection, and if any presence of the pest is detected, require cleaning and phytosanitary treatment.

If the presence of the aforementioned plagues is observed, phytosanitary measures shall be established depending on the risk detected: