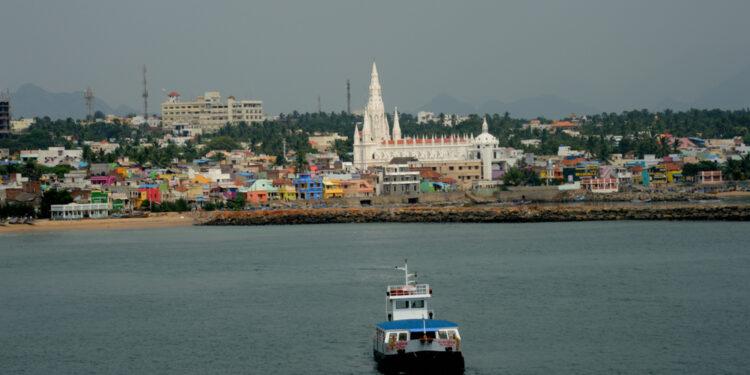 Kanyakumari,Tamil Nadu / Above image is used for illustration purposes only / Credit: Shutterstock

The Asian Development Bank (ADB) has prepared an Action Plan for Coastal Shipping in September 2019, India’s Minister of Shipping Shri Mansukh Mandaviya informed in a written statement Thursday. This action plan includes recommendations with respect to infrastructure creation required to increase the use of coastal shipping in India.

In a written reply to a question in Lok Sabha, the Minister informed that the Master Planning of 12 Major Ports has been carried out and 95 capacity expansion and port modernisation projects have been identified.

Major ports capacity has been re-rated with respect to global benchmarks as per berthing policy 2016 and effective capacity has increased by 293 MTPA after re-rating.

Global benchmarks have been adopted to improve the efficiency and productivity for major ports and 116 initiatives have been identified to unlock 100 MTPA of capacity at major ports.

The Minister said that the Ministry of Shipping has approved 67 projects with a total cost of 5,702 Crore under Sagarmala Programme for financial assistance of Rs. 1,491 Crore for improving port infrastructure and port connectivity.

He said, an analysis of nation-wide end-to-end logistics flows of all key commodities (~85% of all commodities) at ports was carried out based on which the National Perspective Plan (NPP) for the Sagarmala Programme was prepared in April 2016.

As a part of the plan, a roadmap is developed for increasing Indian port capacity to 3300+ MTPA by 2025.

In October, the Minister announced government plans to put in place a comprehensive ‘Port Grid and Port Development’ plan for 204 minor ports throughout the country aiming to boost coastal shipping and inland waterways in six months, and further bring a Bill in Parliament to provide an uplift to major ports.