A newly-launched report states that Asia has the potential to become a global leader in wind, holding more than 50% of all onshore and over 60% of all offshore wind capacity, as it could increase its share of installed capacity for onshore wind from 230 Gigawatt (GW) in 2018 to over 2600 GW by 2050.

The International Renewable Energy Agency (IRENA) published its "Future of Wind" report, according to which global wind could increase ten-fold reaching over 6000 GW by 2050. In addition, by mid-century, wind is possible to cover the one third of global power needs, in combination with electrification and play crucial role in reducing emissions, increasing the potential of achieving the Paris climate targets; Yet, in order for this goal to be accomplished, onshore and offshore wind capacity will need to increase four-fold and ten-fold respectively every year compared to today. 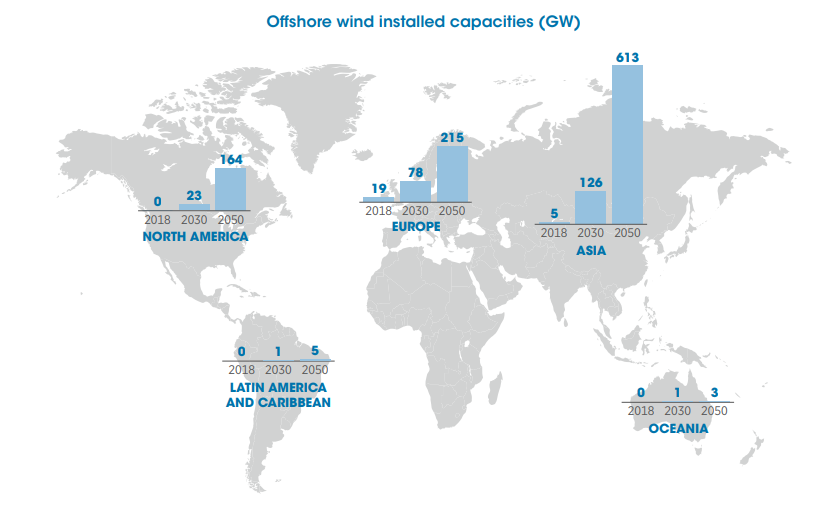 With renewables, it’s possible to achieve a climate-safe future. Our roadmap for a global energy transformation to 2050 shows that it is technically and economically feasible to ensure a climate-safe, sustainable energy future. Unlocking global wind energy potential will be particularly important.

He added that wind energy could be the largest single source of power generation by mid-century, something that would boost the economy and create more jobs, leading towards a more sustainable environment. 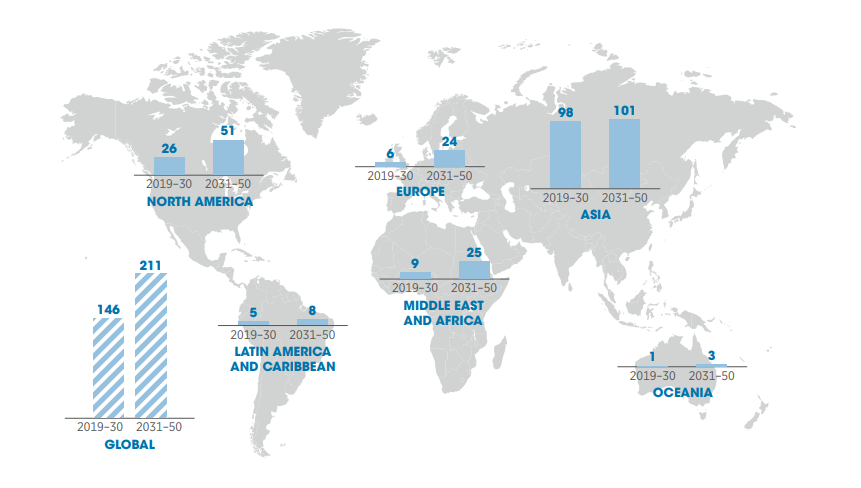 The reports statistical highlights include: 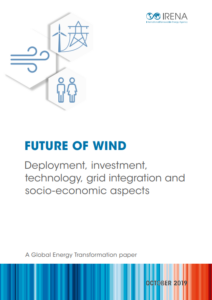