This is according to ReCAAP ISC weekly report for 5-11 January. The incident was classified as CAT 3, which is ‘less significant’ in nature, but the perpetrators could be armed.

While at anchor, three perpetrators armed with knives boarded the bulk carrier. The duty crew spotted the perpetrators at forecastle store, before they escaped with ship ropes. There was no injury to crew. The incident was reported to the local authorities. 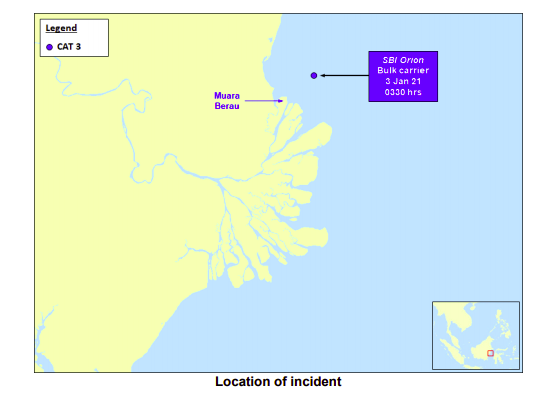