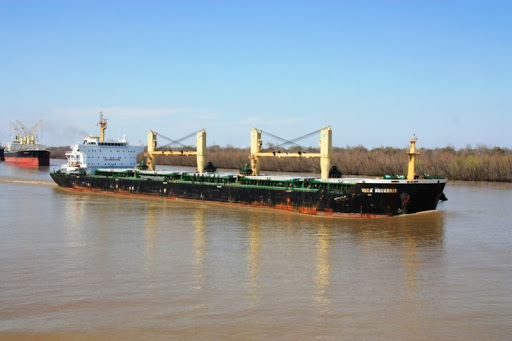 In its weekly report for 5-11 May, ReCAAP ISC informed of two incidents of armed robbery against ships in Asia. Of these, one was a CAT 2 incident onboard a bulk carrier underway in the Singapore Strait, where perpetrators attacked and robbed a crew member.

The first incident involves the Liberian-flagged bulk carrier Vega Aquarius. The ship was en route from Singapore to China, at the time.

While about 3 nm north of Pulau Nongsa, Indonesia in the eastbound lane of the TSS in the Singapore Strait on 9 May, five perpetrators armed with knives appeared at the stern deck.

The perpetrators confronted the duty ordinary seaman and robbed his cellular phone.

A search onboard, after the perpetrators escaped, found two sets of breathing apparatus stolen.

As a result of the attack, the ordinary seaman sustained minor head injury.

Data so far suggests this was the 13th incident against ships in Singapore Strait for the year 2020. 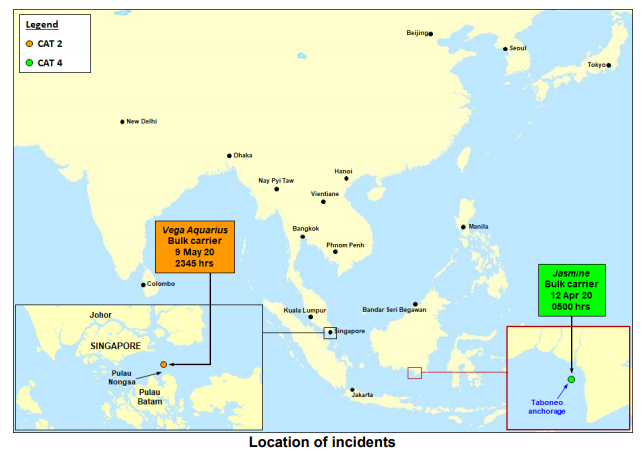 While at anchor awaiting cargo operations to commence, the crew discovered that the forecastle store door’s locking arrangement had been tampered with and the padlock was broken.

Upon checking, three mooring ropes (220m each) were missing and 100m of another mooring rope had been cut off.

The master reported the incident to the local authorities.

The local port control, Navy and Police boarded the ship for investigation. There were no injuries.