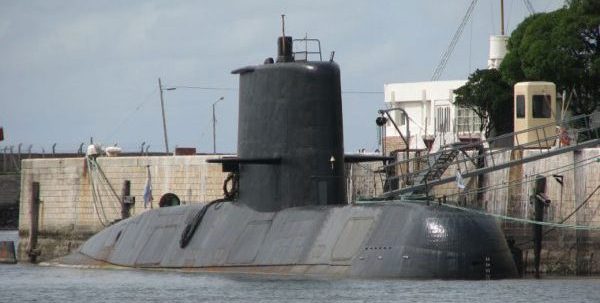 After the Argentine navy submarine, ‘ARA San Juan’,  lost its communication last week, there are now hopes that it may be found as the Defence Ministry stated that it had received signals on Saturday, which may originate from the submarine.

During a search mission in South Atlantic, in which Argentina, USA, Chile and South Africa are participating, the Defence Ministry said that it may have received satellite calls from the 44 crewmembers of the missing submarine ‘ARA San Juan’, trying to reestablish communication Reuters reports.

The duration of the signals was four to 36 seconds, according to the ministry, with Argentina now trying to trace their location, using an unnamed U.S. company specialized in satellite communications.

According to Reuters, because of inclement weather the signals failed. These signals may be EPIRB, which are emergency signals used by a submarine when it is stricken underwater.

The rescue mission is underway, but because of foul weather condition the visibility and movement in the sea is limited, Reuters reported. Another obstacle that the mission faces is the color and design of the submarine, whose goal is to camouflage the submarine.

An initial search operation didn’t find any sign of the vessel, but as Reuters mentions, its crew should have many food and oxygen supplies.

According to the Argentinian navy a probable cause for the lost of communication can be an electrical outage on the diesel-electric-propelled vessel.

Finally, as the submarines protocol highlights, in case that the communication is lost, the vessel must surface.