Are modern ships getting uglier?

Nautilus International has made its list of the top ten most aesthetically challenged vessels of recent time, noting that modern ships, either having futuristic concept designs or designs to maximize cargo-carrying capacity,  tend to getting 'uglier' in general.

The Norwegian firm 'Lade' has developed this concept car carrier, whose specially-shaped 'symmetrical airfoil' hull would harness the wind to achieve fuel savings of up to 60% over conventional vessels.

Problems with visibility from the hemispherical wheelhouse of the car carrier City of Rotterdam were highlighted in a Marine Accident Investigation Branch report on a collision in the Humber in 2015. 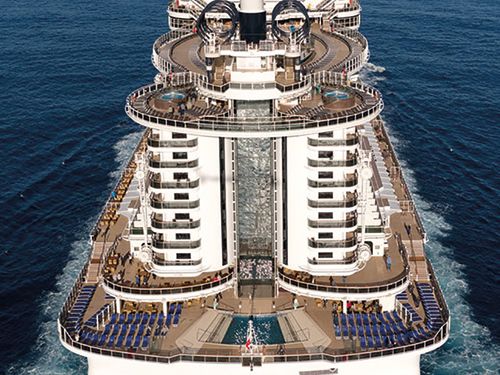 The stern of the 153,516gt MSC Seaside, which also features a glass-bottomed walkway – 'Bridge of Sighs' – a multi-deck atrium, and an open-air 'Forest Adventure Park'.

The 540TEU Japanese feeder containership Natori was described by its owners, Imoto Lines, as 'an experiment in energy saving'.

The Norwegian Epic has been described as the 'ugly duckling' of the cruise industry, with a 'protruding Frankenstein's monster forehead' and a superstructure 'like a stack of Lego blocks'.