Arctic sea ice in winter one of the lowest ever recorded 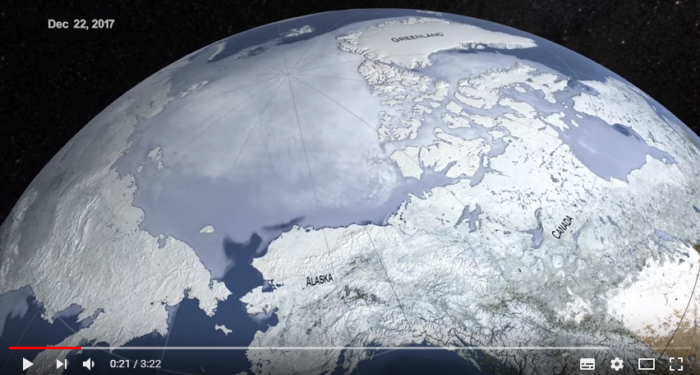 Sea ice over the Arctic Ocean reached its maximum extent for the year on March 17 at 14.48 million square kilometers (5.59 million square miles), which is the second lowest in the 39-year satellite record, falling just behind 2017.

The Arctic sea ice cover continues to be in a decreasing trend and this is connected to the ongoing warming of the Arctic. It’s a two-way street: the warming means less ice is going to form and more ice is going to melt, but also, because there’s less ice, less of the sun’s incident solar radiation is reflected off, and this contributes to the warming.