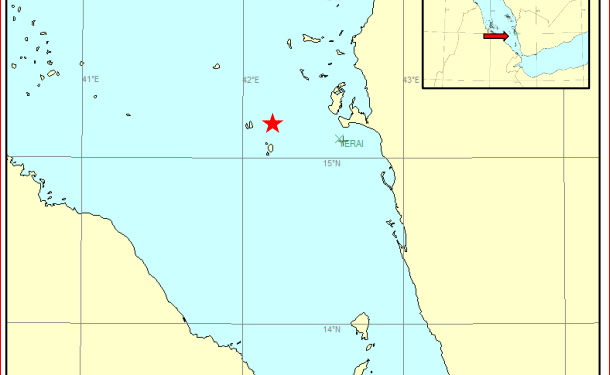 The Arab coalition recently demanded the immediate release of a UAE-flagged cargo ship that the Houthi militia hijacked off the Yemeni port city of Hodeidah on Sunday, or face the prospect of a “use force if necessary.”

To remind, the UKMTO received reports that an MV has been attacked in position 15°13.0N 042°12.0E, approximately 23nm West of Ras Isa Marine Terminal late on Sunday 2 Jan.

In light of the above, the Arab coalition has threatened to use force if the Houthis do not immediately release the UAE-flagged cargo ship they hijacked off the Yemeni western port city of Hodeidah on Sunday.

The coalition said the ship had been transporting medical equipment from the remote Yemeni island of Socotra in the Arabian Sea to the Saudi port of Jazan when armed Houthis attacked it.

“The terrorist Houthi militia will bear full responsibility as a result of its criminal act of piracy against the ship, which violates the customary International Humanitarian Law, the San Remo Manual on Armed Conflicts at Sea and the United Nations Convention on the Law of the Sea,” coalition spokesperson Brigadier General Turki Al-Maliki said, in a report from state news agency SPA.

“The militia must promptly release the ship, or the Coalition Forces will undertake all necessary measures and procedures to handle this violation, including the use of force if necessary.”

Jordan has condemned the hijacking of the vessel. The UAE-flagged ship, RWABEE, was on a mission from Socotra Island to Jazan port carrying equipment from a field hospital that was established by Saudi Arabia on the island.

Al-Maliki said that the Houthi militia’s hijacking operation represents the real threat the extremist group poses on the freedom of maritime navigation and global trade in Bab Al-Mandab Strait and southern Red Sea.

The Houthis bear full responsibility for the criminal act and has urged the militia to release the ship immediately, otherwise coalition forces will take action, which includes using force if needed, he added.

The Houthis’ military spokesman, Yahya Saree, confirmed they have seized the vessel.