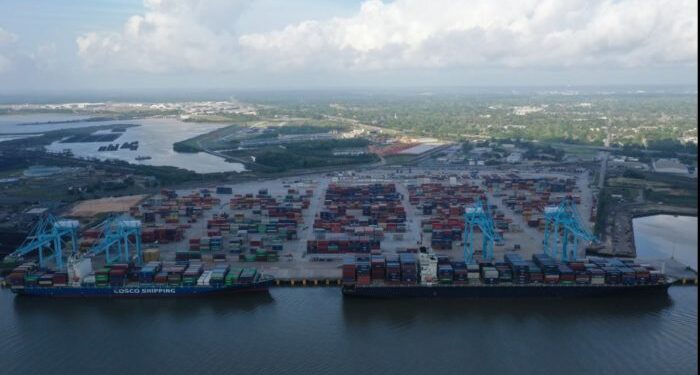 The APM Terminals Mobile facility in Alabama has handled two container ships simultaneously for the first time at its newly expanded berth.

The project was part of a $50 million Phase 3 expansion that increased terminal capacity and productivity at the 10-year old APM Terminals Mobile intermodal container complex at the Port of Mobile.

In addition, the U.S. Army Corps of Engineers recently issued a permit and receipt of full federal and state funding to take the Mobile Harbor to -50 feet draft by 2024, while construction on the channel and harbor improvements is expected to begin later this year.

We continue to seek out and implement innovation and world-class infrastructure to meet the needs of our carriers and shippers.