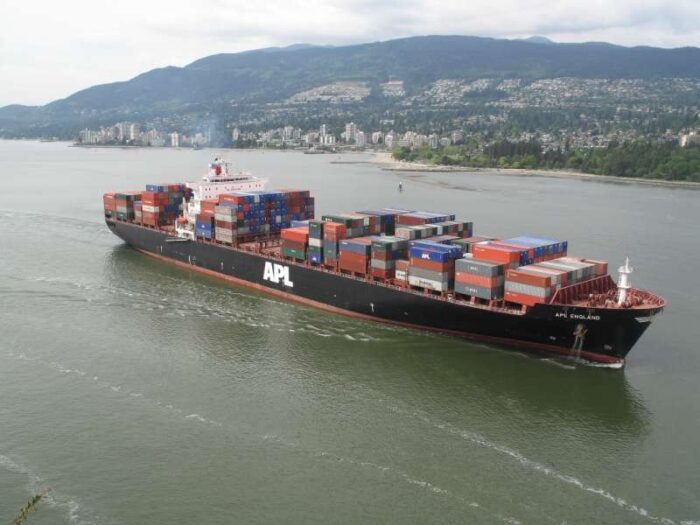 The containership APL England, which lost approximately 40 containers on 24 May off Sydney, was allowed to leave the port of Brisbane and set sail to China, where it is scheduled to undertake repairs.

Several days ago, AMSA ordered the vessel to search for the missing containers off New South Wales and recover them.

In light of the above, the inspectors attended APL England and were satisfied that the ship was fit, while gave its permission to leave the port without cargo and with a new Master.

Speaking of Master, the ship's previous Master who is facing multiple charges concerning the container loss, will leave the vessel and be repatriated home.

For the records, before AMSA give its approval to the ship to leave the port, received a formal letter from the ship’s insurer, Steamship Mutual, reporting that it will pay fines and other amounts that are agreed or imposed by a court in relation to AMSA’s costs in responding to the incident. This commitment is for an amount up to $22.5 million.

While it is unfortunate that this incident occurred in the first place, the early response by the owners and their insurers has been welcomed. The response to incidents like these don’t happen overnight, but this early commitment shows that the vessel’s owners and insurers intend to do what they can to ensure our seas remain safe and clean.