Antarctic supply vessel rerouting to Fremantle after fire onboard 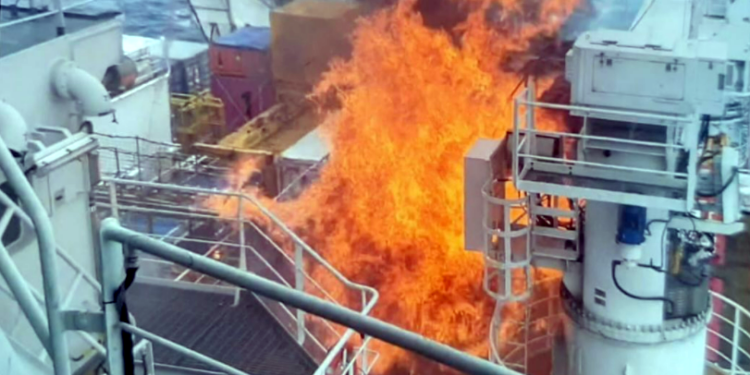 Australia’s chartered Antarctic resupply vessel ‘MPV Everest’ has diverted its route for the closest Australian port at Fremantle, rather than Hobart, after suffering an engine room fire onboard on Monday.

The ship was about 1,700 nautical miles south of Perth, and five days into a journey expected to last 14 days, when it experienced a fire in its port engine room, in the early afternoon hours of Monday. The fire was rapidly contained and extinguished, and all 109 expeditioners and crew onboard are safe.

MPV Everest has continued travelling using its starboard engine room and is now 1200 nautical miles south of Fremantle, travelling at about 10 knots.

Australian Antarctic Division (AAD) General Manager of Operations, Charlton Clark, said the vessel is not in distress and is making way under its own power. However, as a precautionary measure, the owner has identified two potential support vessels to meet MPV Everest, which are being assessed for their technical capabilities.

In addition, a maintenance issue with the starboard ship’s generator, which provides propulsion to the vessel, was rectified on 7 April. The generator was shut down for an hour, so the repairs could be made. The ship then continued under its own power.

Our focus is the safety and well-being of our expeditioners and we are focused on getting them home as quickly as possible,

The Australian Maritime Safety Authority (AMSA) Response Centre is monitoring the transit of MPV Everest and is in regular communication with the vessel.

Meanwhile, the Maritime Union of Australia said the fire caused “significant damage” and it was lucky none of the crew was injured. MUA also informed that this is the second fire to occur on the vessel this year after a smaller fire broke out in the battery room on January 29.

This was an extremely serious incident that has not only caused significant damage to one of the MPV Everest’s two engines, but resulted in the destruction of two smaller vessels stored on the deck. Thankfully, there are no reports of injuries among the 109 crew and expeditioners on board, but a fire of this scale on a vessel just days into a voyage from remote research stations in Antarctica is extremely alarming,