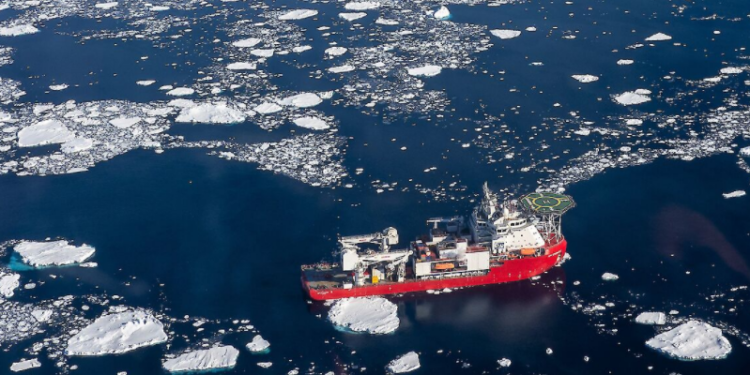 On 5 April, the offshore support vessel “MPV EVEREST” suffered an engine room fire. At the time of the incident, Australia’s chartered resupply vessel was deep south in Indian ocean.

In fact, the ice-strengthened ship was travelling home after resupplying Davis and Mawson research stations in east Antarctica, carrying 109 expeditioners and crew onboard.

Just after 2pm on Monday 5 April, a fire was detected in the vessel’s port-side engine room. The fire was contained and extinguished.

However, all expeditioners and crew onboard the vessel are safe, while there are no injuries.

As informed, the DP3 ice class multipurpose vessel has full redundancy in the on-board power systems. It is currently maintaining its course northwards using the starboard engine room.

MPV Everest is crossing the Southern Ocean, currently about 1700 nautical miles south of Perth, four days into a 14 day trip.

Concluding, the Australian Maritime Safety Authority (AMSA) has been alerted as well. AMSA has contacted ships in the area to assist if required.