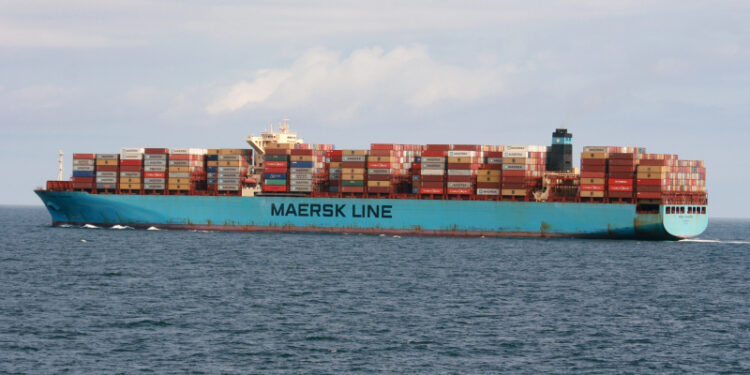 Maersk Line is facing another container loss from one of its vessels, as it wassailing from Xiamen, China to Los Angeles, California.

According to Maersk, the seafarers is safe, and they are making attempts to assess the extent of the loss and additional details of the incident.

Maersk Eindhoven faced an engine stop in heavy seas near Japan on February 17. According to sources, the vessel lost several containers overboard during the incident.

In the meantime, MSC issued a customer advisory saying that

Preliminary advice from the vessel operator suggests that several hundred containers have been lost overboard, although we have not yet been informed whether any MSC customer cargo was impacted

Propulsion has now been reestablished and the ship is expected to divert to the nearest port in Asia.

Commenting on the incident, Maersk said that they view this as a serious situation which will be investigated promptly and thoroughly.

This accident comes as Maersk is also attemptin to recover from another incident, when a ship lost 750 containers near Hawaii during a Pacific storm. The Maersk Essen diverted to Lazaro Cardenas in Mexico where repairs to minor damage to the ship are currently taking place.