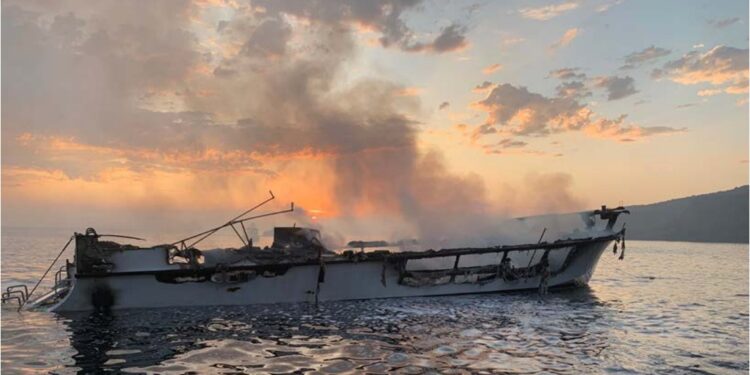 Following the NTSB investigation into the fatal fire and loss of the passenger vessel Conception off California in September 2019, AMSA shed focus on key points of concern for Australian vessels and informed that it will consider the NTSB report in full when reviewing the current regulatory requirements for domestic commercial vessels, including standards for fire safety and accommodation and arrangement.

The US-flagged passenger vessel Conception was at anchor off Santa Cruz Island, California, when a fire broke out in the early morning hours of 2 September 2019.

A crew member sleeping in an upper deck berth was awakened by a noise and got up to investigate. Upon seeing a glow outside, he realized that fire was rising up from the saloon compartment directly below, and he immediately alerted the other four crew members sleeping on the upper deck. The master was able to send a distress message to the Coast Guard.

The crew members attempted to access the saloon to assist the passengers and the other crewmember in the bunkroom below the main deck, but access was blocked by fire and thick smoke.

Of the 39 people on board, 34 perished in the incident.

The NTSB report drew 18 conclusions, the following of which are considered worthy of note by those persons involved in operating passenger vessels in Australia: