The classification society Korean Register recently issued a technical information "Forecasting the Alternative Marine Fuel – Ammonia", based on the use of ammonia as an alternative marine fuel. KR claims that has great potentials in comparison to other different types of carbon-neutral alternative fuels.

Namely, through its guide the classification introduces ammonia's advantages and disadvantages, while offers to shipowners and operators a comparative analysis of the different carbon-free alternative fuels. 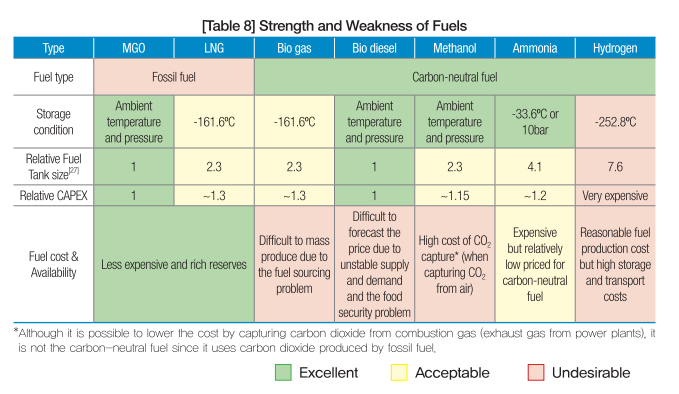 Moreover, KR notes that ammonia is environmentally viable and does not require a high level of technical expertise when used as a renewable energy.

Biofuels, hydrogen, methanol and ammonia are mentioned as alternative fuels, especially ammonia, which have relatively superior storage characteristics compared to hydrogen, and are considered carbon neutral fuels that are more likely to be realized due to their low technical difficulty.

In order to reduce greenhouse emissions by 40% by 2030 and 70% by 2050 as IMO aims, ammonia is considered a vital alternative fuel with high probability of being commercialized.

LNG is widely viewed as a next generation clean fuel, but it derives from a fossil fuel and still emits carbon dioxide when burned, limiting its use as a green fuel.

For the records, ammonia is usually produced by using hydrogen obtained by reforming natural gas. The cases of producing hydrogen though the use of renewable energy for carbon-neutral ammonia production, have marked an increase. Concluding, ammonia is expected to have low production, storage and transport costs.

You may see further details in the PDF herebelow 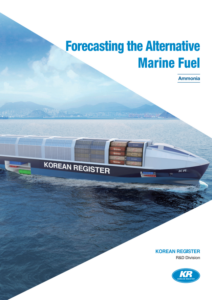