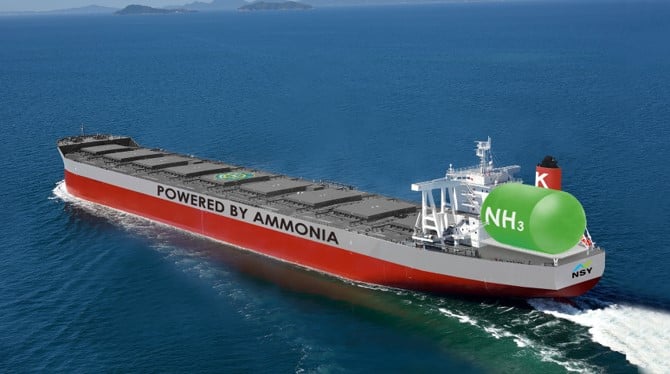 Japanese shipping company K Line announced that it has received approval in principle (AiP) from ClassNK for the design of its ammonia-fueled bulk carrier, which is set to join its fleet in 2026.

A risk assessment (Hazard Identification Study – “HAZID”) was recently conducted on the safety of using ammonia as marine fuel, and the basic design of the Vessel was evaluated as “capable of ensuring the same level of safety as ships operating with existing fuel”.

The acquisition of the AiP is an important milestone for the implementation of ammonia-fueled
ships, a new challenge for the maritime industry, and also an important step toward the further
promotion of the “Integrated Project” being facilitated by ITOCHU Corporation.

“K” Line and partners will proceed with the development of the Vessel based on the basic design for which the AiP has been obtained, and aims to take delivery of the Vessel and begin its social implementation in 2026.