Ammonia as an alternative fuel solution for shipping 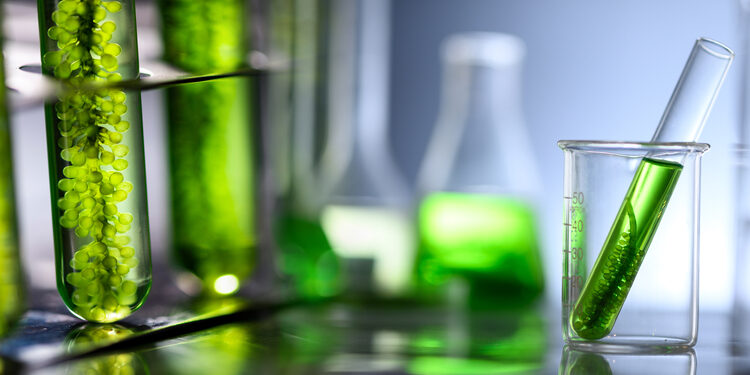 Ammonia is known by many as a foul-smelling, toxic chemical used in agriculture and cleaning products. But it’s also a flexible fuel and energy carrier, Nils Rokke, Executive Vice President in SINTEF explains.

The potential of hydrogen as a feedstock, reduction agent and zero-emission energy carrier in industry is well-known. Now, the climate possibilities for ammonia as a fuel are an appealing option to slash emissions from transport such as long-haul shipping and aviation. It will also play an important role in driving the development of a hydrogen economy, Nils Rokke adds.

But ammonia on its own isn’t suitable, as pure ammonia is difficult to burn efficiently due to its inherently low flame speed. Researchers have proposed utilizing waste heat from the combustion process to partially decompose/crack the ammonia, which results in a fuel mix of ammonia, nitrogen and hydrogen. Such technology is relatively easy to scale-up to even the largest cargo vessels.

The use of ammonia as a fuel and fertilizer is nothing new, dating back to the early 1800s. It also enjoyed a resurgence during World War II when oil reserves were depleted. Advances in solid-oxide fuel cell (SOFC) and polymer electrolyte membrane fuel cell (PEMFC) technologies mean ammonia could have a future as a fuel in diverse industrial applications, including shipping, but massive scale-up is required.

Although ammonia is among the most traded chemicals in the world it is not used for energy purposes. Studies have shown that to convert deep sea shipping to ammonia, the present capacity to produce ammonia will have to be quadrupled by 2050, representing a global market of $5 trillion (PDF).

Ammonia can also be used as a reduction agent in the iron and steel industry, and it is widely used as a feedstock in the chemical sector. In varying proportions, hydrogen-ammonia-nitrogen mixes can imitate the properties of different fossil fuels.

Ammonia also has huge potential as an energy carrier for hydrogen because of its higher energy density and milder storage temperature/pressure requirements. This cuts costs and makes transport more efficient, both key elements in building a future hydrogen and ammonia distribution infrastructure.

However, this does not mean that ammonia is the best solution for transport and use of hydrogen, as each case will have to be assessed individually. Both liquid hydrogen and liquid organic hydrogen carriers (LOHC) as well as compressed hydrogen have their virtues as well. It all depends on the application, footprint, weight, location are among factors which will determine the best option.

The production of green hydrogen (using direct renewable energy sources such as offshore wind) is already virtually carbon-free, while blue hydrogen (using carbon capture and storage) provides another route to a climate-friendly ammonia solution. Once transported, the ammonia can be cracked back to hydrogen.

Building a hydrogen and ammonia economy

The greenest form of hydrogen production using direct renewable energy will take time to scale up, limited by the availability of cheap and abundant renewable electricity.

Until then, the development of blue hydrogen solutions using carbon capture and storage can provide a short-term reduction in emissions with the long-term investment in hydrogen infrastructure required to meet the challenging goals of the Paris Agreement.

Developing ammonia-based solutions will increase demand on both sides of this equation. More research is required in order to understand the best options (fuel or energy carrier) for individual industrial applications. This includes assessments on the economics, potential NOx emissions from ammonia as a fuel, safety and acceptance issues and the infrastructure investments required.

For the records, Dr. Nils A. Røkke is Executive Vice President Sustainability at SINTEF, Scandinavia’s largest R&D Institute and a member of SINTEF Management Board.