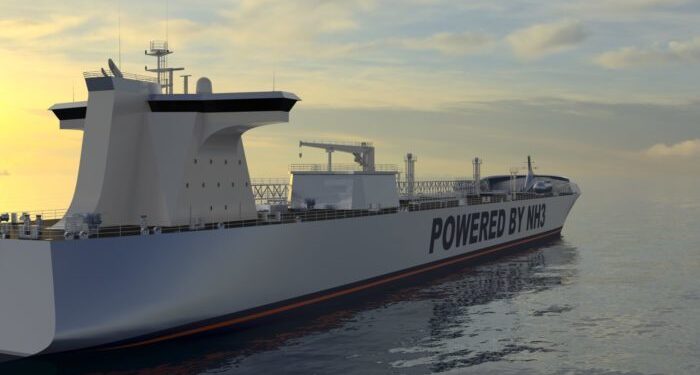 Ammonia is a safe and effective option to be used as a marine fuel to reduce harmful emissions in the shipping industry, according to a new research conducted by C-Job Naval Architects, the ship design and engineering company in the Netherlands. The study shows that ammonia can be used as a marine fuel, under the condition that a number of safety measures are included in the design.

The research studies an ammonia carrier fuelled by its own cargo, to acknowledge the idea of using ammonia as a marine fuel and achieve significant reduction of GHG shipping emissions.

Reviewing all ammonia power generation options, the Solid Oxide Fuel Cell (SOFC) is clearly the most efficient. However, it does have practical challenges as the power density and load response capability are not on an acceptable level yet

commented Mr Niels de Vries, Lead Naval Architect at C-Job Naval Architects and research lead. Thus, he added that in the short term applying the internal combustion is the only way to go.

I addition, the company has been a supporter of the idea that ammonia could be a viable and promising option for a clean and sustainable fuel. Consequently, C-Job joined the Ammonia Energy Association in 2018, to intensify collaboration with other industries on this subject to realize its ambition.

C-Job cooperated with Proton Ventures and Enviu in 2017 to further study ammonia as a marine fuel. The consortium upon completing the theoretical research, will continue to the next phases, including lab testing, pilot and evaluation.

According to the report, the key findings were: 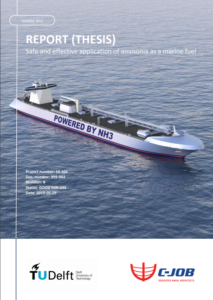