Ammonia: an emission-free fuel to decarbonize the shipping industry

by Seonghoon Woo
in Opinions 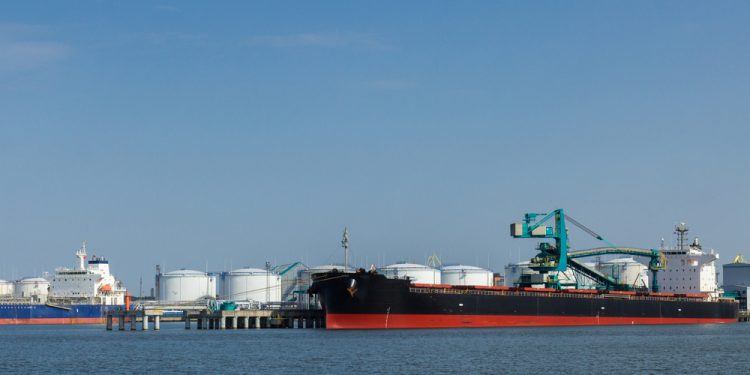 The transportation industry is the largest polluter in the U.S.

The United States Environmental Protection Agency (EPA) recently revealed that, in 2020, transportation accounted for the largest share (27%) of all U.S. greenhouse gas (GHG) emissions. Because of the significant amount of transportation emissions, public and private actions are being taken to reduce pollution in this sector. This includes the shipping industry, which is notoriously dirty.  Most recently, The Clean Shipping Act of 2022 was introduced in Congress. Its goal is to eliminate emissions in ports as soon as 2030, and it will prohibit any ship berthing or anchoring in U.S. ports that don’t meet zero GHG emissions guidelines.

According to the International Maritime Organization, 85% of net greenhouse gas emissions from the shipping industry come from ships of 5000 gross tonnage and above. Because battery technology is not feasible for these vessels due to the vessel’s size and weight, hydrogen technology has emerged as the leading alternative for powering commercial vehicles.

Ammonia Is Crucial to Hydrogen Rollout

Ammonia, which doesn’t have any carbon molecules, has tremendous potential as a zero-emission renewable fuel because it can effectively carry hydrogen, which faces challenges around storage and transportation, to a fuel cell. Because ammonia has been used in the farming industry as a fertilizer for many years, there is already existing infrastructure, including an ammonia pipeline, for its production and transportation, which advances the chemical’s potential as a renewable fuel. Furthermore, ammonia is easily stored as a liquid, which reduces the cost, complexity, and space requirements for storage compared with hydrogen and liquefied natural gas. Finally, ammonia has a high volumetric energy density compared to other renewable energy sources, which means that vehicles can be small, light, fast, and travel for longer periods.

There is a wide consensus that the shipping industry needs to transition to a new set of fuels and propulsion technologies to meet global emission goals, and ammonia has many qualities that make it a good fit for this industry. The suitability of different carbon-free technologies is determined by the size and operational profile of a given vessel. For example, the energy density requirements for fuels and motor systems are less strict for small and medium-sized ships that make short trips often, like passenger ferries. On the other hand, energy density may be the most important performance measure for large ocean-going vessels such as cargo ships.

The clean hydrogen community anticipates that federal and state financing programs will allow partnerships between the government and private sector to encourage the sharing of  technology and infrastructure in the U.S. Efforts like establishing regional “Hydrogen Hubs” will make it easier for these groups to work together to advance the policy environment required to implement an ambitious hydrogen agenda. Increased collaboration, funding, and technology demonstrations will empower states and regions to take advantage of their existing assets and infrastructure as they move toward a clean energy economy. These hubs will not only significantly influence the climate and the economy, but they will also produce long-term jobs that will support ports and families for many years. With ammonia power gaining momentum as a viable solution for carrying hydrogen and decarbonizing shipping, it only makes sense to include ammonia technology solutions in these efforts.

Shipping, a major component of global trade, benefits everyone. Food, technology, medications, and more are shipped worldwide daily. To keep the planet from warming further, there must be a complete transition away from fossil fuels, and the shipping industry must do its part to decarbonize.

Seonghoon Woo is a Scientist, Engineer and Entrepreneur pursuing new innovations in energy technology for a great social impact. He is currently the CEO and Founder of Amogy, which develops a novel carbon-free energy storage system using ammonia as a fuel. At Amogy, he works with talented people sharing a mission to decarbonize transportations for a sustainable future.