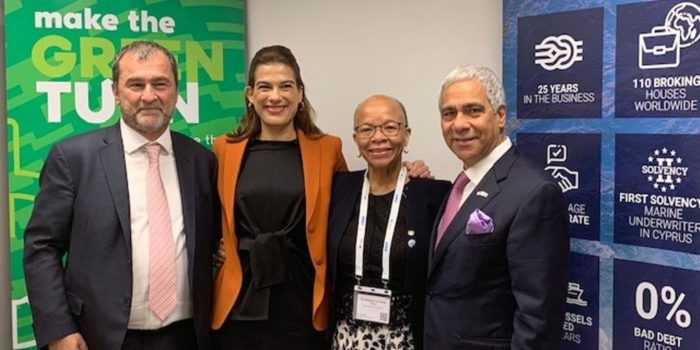 The MoU ceremony was joined by Dr. Cleopatra Columbia, the President of the World Maritime University, Ms Natasa Pilidou, Shipping Deputy Minister to the President, Republic of Cyprus, Ilias Tsakiris, CEO of AHHIC, and Vincent Solarino, President and COO of American P&I. 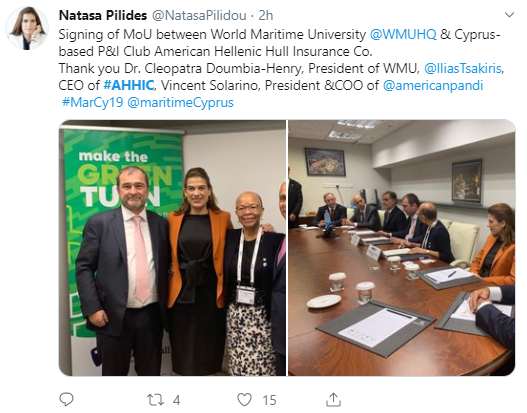 The partners aim to unite their knowledge and expertise in favour of the shipping industry, while also aspire to achieve a greener and more sustainable future, following IMO's goals on sustainability and GHG emissions reduction.

Moreover, during the conference, Cyprus' President of the Republic Nicos Anastasiades highlighted that the country's discoveries of hydrocarbons in Eastern Mediterranean region and adds that the income from the ship management companies in 2018 reached the €1.034 billion.