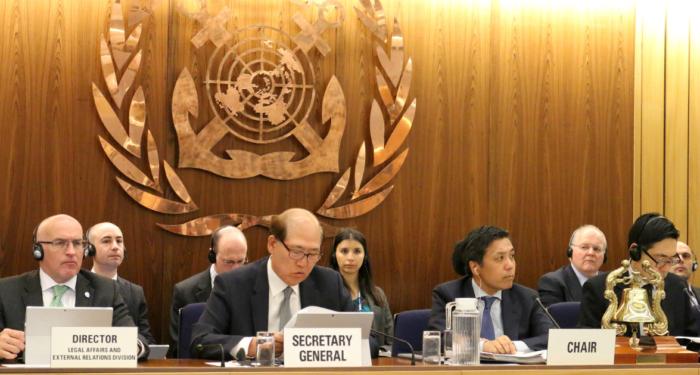 IMO’s MEPC 74 in May adopted resolution MEPC.315(74), amending regulations 1, 13, appendix IV and appendix VI of MARPOL Annex II concerning cargo residues and tank washings of persistent floating products with a high viscosity and/or high melting point in specific areas. The amendments are expected to be entered into force on 1st January 2021.

A new paragraph 23 is added as follows:

-A new paragraph 9 is inserted after existing paragraph 8.2 as follows:

9.3. the Western European waters is an area that covers the UK, Ireland, Belgium, France, Spain and Portugal, from the Shetland Islands in the North to Cape S. Vicente in the South, and the English Channel and its approaches.

(See the exact points of application in the circular below)

Section 4 – Procedures relating to the cleaning of cargo tanks, the discharge of residues, ballasting and deballasting

“5. Persistent floaters with a viscosity equal to or greater than 50 mPa×s at 20ºC and/or a melting point equal to or greater than 0ºC This section should contain instructions on how to deal with tank washings of substances identified by the presence of ‘16.2.7’ in column ‘o’ of chapter 17 of the IBC Code and the latest version of the MEPC.2/Circular, when operating in the areas specified in regulation 13.9 of Annex II.”

5. A new Note 4 is inserted after existing Note 3 as follows:

6. A new section C is added after existing paragraph 21 as follows:

“C For all ships

Prewash procedures for persistent floaters to which regulation 13.7.1.4 of Annex II of MARPOL applies

Where it is determined that the use of small amounts of cleaning additives would improve and maximize the removal of cargo residues during a prewash, then this should be done in consultation and with prior agreement from the reception facility.” 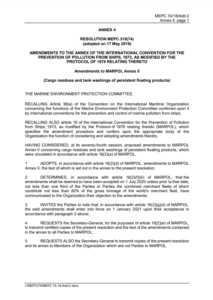