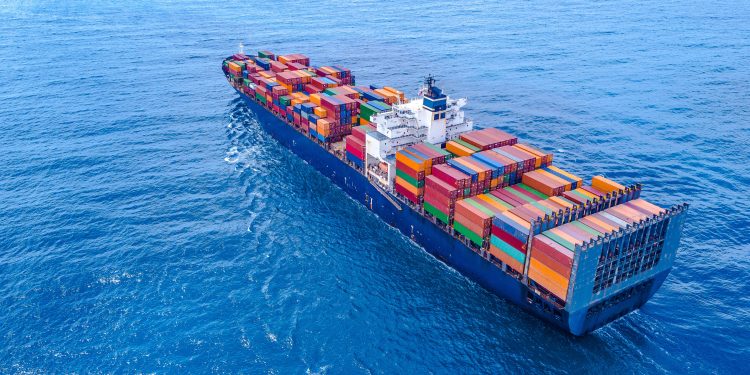 In the past year alone, fires on board the car carrier Felicity Ace and container ship X-Press Pearl both resulted in total losses. Just a few weeks after the sinking of the Felicity Ace in March 2022, ro-ro car carrier Al Salmy 6 capsized and sank in the Persian Gulf in rough seas. Meanwhile, the large container ship Ever Forward ran aground in Chesapeake Bay on the US Eastern Seaboard, and was stuck for over a month, almost a year to the day after its sister vessel the Ever Given ran aground and blocked the Suez Canal for six days in March 2021.

A number of recurring themes have emerged in major incidents in recent years, many of which are a consequence of the increased size of vessels

Cargo fires, in particular, are of growing concern. Mis-declared and dangerous goods are a recurrent issue for container shipping, while lithium batteries are an emerging risk for both container ships and car carriers, which are transporting growing numbers of electric vehicles, given existing counter-measure systems may not respond effectively in the event of a blaze.

When in trouble, emergency response and finding a port of refuge can be challenging. Large vessels require specialist salvage equipment and port infrastructure, which all adds time and cost to a response. The experience of the container ship X-Press Pearl, which eventually sank after it was refused refuge by two ports following a fire, is a case in point.

Of particular concern is salvage. Re-floating or wreck removal for large vessels is a complex task, requiring specialist equipment, tugs, cranes and barges. The salvage operation for the car carrier Golden Ray, which capsized just outside the US port of Brunswick in 2019, took almost two years and cost in excess of $800mn.

Higher salvage costs, along with the burden of larger losses more generally, are a cost increasingly borne by cargo interests. General average, the legal process by which cargo owners proportionately share losses and the cost of saving a maritime venture, has become a much more frequent event with the growth in container shipping and increased size of vessels.

Catastrophic fires on large vessels typically begin with combustible cargo, which then spreads rapidly and outpaces the firefighting capabilities of the crew. The size and design of large vessels makes fire detection and fighting more challenging than traditional shipping, and once crew are forced to abandon ship, emergency response and salvage operations become more complex and expensive, and the risk of a major or total loss increases.

The size and design of large container ships and ro-ro car carrier vessels makes fighting fires extremely challenging. Fires need to be contained quickly, yet it may take several hours to get to the base of a fire on a container ship with as many as 20,000 containers on board, stacked ten high

Safety & Shipping Review analysis shows there have been over 70 reported fires on board container ships alone in the past five years, including incidents such as the Yantian Express (2019), and the Maersk Honam (2018), which made headlines around the world.

More recently, a fire broke out on board the large container ship Zim Kingston in October 2021 after a container of dangerous goods was damaged in a storm. There have also been many near misses. In 2021, a container of flammable products caused a large fire and explosion at Dubai’s Jebel Ali16 port. Protection and indemnity insurer Gard estimates that there was at least one fire involving containerized cargo every two weeks in 2020.

Fires can take hold quickly and spread rapidly, yet container ship crews are relatively small in number, while detecting, locating and accessing
a fire within a stack of containers is time-consuming. Fire-fighting equipment currently required under the International Convention for the Safety of Life at Sea (SOLAS) means crew face considerable risks when tackling a container fire, and are often unable to do so successfully.

In addition, a number of blazes at sea in recent years have been traced back to combustible or mis-declared cargos in containers, including batteries, charcoal and chemicals such as calcium hypochlorite, an ingredient in cleaning products. In March 2022, the US Coast Guard20 (USCG) issued a safety alert about the risk posed by lithium batteries following two separate container fires caused by mis-declared cargo. The first saw a shipping container waiting to be loaded onto a container ship bound for China catch fire. According to the USCG, the bills of lading indicated that the container was carrying ‘synthetic resins’ when, in fact, it held used lithium-ion batteries.

Lithium-ion batteries are increasingly impacting shipping safety, with a number of fires. The issue raises questions for the design and firefighting capabilities of ro-ro vessels carrying electric vehicles (EVs), as well as the declaration, stowage and packaging of battery container cargos

Batteries are not only a potential cause of fire, they also aggravate the problem

General average (GA) is a complex and specialist legal process and has become a much more frequent event with the increase in the number of large container ships involved in fires, groundings and container losses in recent years.

Our analysis shows an increase in GA cases with the increasing size of container ships. Up until five years ago, GA for cargo was a major event. Now GA has become a frequency event, as well as an intensity event

The rising cost of salvage and wreck removal, a consequence of the increased size of vessels and growing environmental, social and governance (ESG) concerns, is fast becoming a critical issue for insurers.

A number of incidents involving large losses in recent years have ended in costly salvage and wreck removal operations, such as that of the car carrier Golden Ray, which capsized just outside the US port of Brunswick in 2019, took almost two years and cost in excess of $800mn. The operation, the largest ever of its kind in the US, involved three million man hours and specialist equipment to cut the ship into eight pieces for removal.

Port states and other stakeholders must find ways to accommodate vessels in distress, after a number of fires have left container ships struggling to find refuge. In the case of the X-Press Pearl, the inability to discharge hazardous cargo contributed to the total loss of the vessel. The X-Press Pearl41 sank off Sri Lanka in May 2021 following a container fire, resulting in one of the country’s worst environmental disasters. Prior to the sinking, the vessel had called at Hamad Port in Qatar and Hazira Port in India, but both were unable/unwilling to discharge a leaking cargo of nitric acid, which is thought to have caused the blaze.

The size of vessels may be contributing to a string of container stack collapses, and the growing numbers of containers damaged or lost at sea. Collapsing containers In March 2022, the container ship Dyros45 lost around 90 containers and saw another 100 damaged in rough weather in the North Pacific Ocean.

The incident was just the latest in what has become a worrying and expensive trend for insurers. Recent years have seen a number of container stack collapses at sea, resulting in losses overboard and damage to cargo on deck.

Many accident investigation reports take too long to produce, meaning valuable lessons from shipping accidents are not being learned. Improvements to investigation reports needed Under the Safety of Life at Sea (SOLAS) convention, flag states are required to submit accident reports to the International Maritime Organization (IMO).

However, of the 526 serious shipping incidents that involved loss of life, major pollution or the total loss of a vessel that took place between 2017 and 2020, just 63% had an accident report submitted as of March 2021, according to data compiled by Lloyd’s List 53 from the IMO. This was a slight improvement on the 50% rate of filing recorded two years previously, but well below the IMO’s target rate of 80% by 2022.