Annual shipping losses less by 50% over the past decade 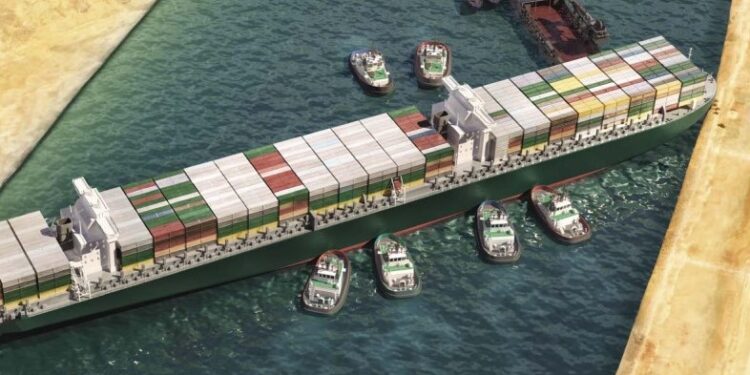 Allianz published its Shipping and Safety review for 2021, identifying loss trends and a number of risk challenges for the maritime sector. According to the report, 49 total losses took place in 2020, which represent a 50% decline over a decade.

Risks in the spotlight

– Causes of incidents: Foundered (sunk/submerged) was the main cause of total losses during 2020, accounting for one in two. Contributing factors include bad weather, poor visibility leading to contact, flooding and water ingress and machinery breakdown.

The number of fires/explosions resulting in total losses of vessels increased again year‑on‑year, hitting a four‑year high of 10. Collectively, foundered (sunk/submerged) (54%), wrecked/stranded (20%) and fire/explosion (11%) are the top three causes of total losses over the past decade, accounting for 85%.

The number of reported shipping casualties or incidents declined slightly from 2,818 to 2,703 in 2020 or by around 4%. The British Isles, North Sea, English Channel and Bay of Biscay region saw the highest number of reported incidents (579), although this was down year‑on‑year. Machinery damage/failure was the top cause of shipping incidents globally, accounting for 40%.

Cargo vessels accounted for more than a third (18) of all vessels lost in 2020. The number of losses involving cargo and passenger vessels increased year‑on‑year. Analysis shows cargo vessels account for 40% of total losses over the past decade (348).

However, total losses by year 50% drop over a decade (876 total losses from 2011-2020). This means that annual shipping losses have halved compared with 10 years ago, although 2020 represented the first time in five years that losses have not continued to decline.

– Regions with most incidents: South China, Indochina, Indonesia and Philippines remain the main loss hotspots, accounting for a third of all losses (16), representing a small increase year-on-year.

The East Mediterranean and Black Sea (7) and Arabian Gulf (4) regions both saw significant increases in loss activity to rank second and third.

The 2020 loss year (49) represents a significant improvement on the rolling 10-year loss average (88) – down 45%. South China, Indochina, Indonesia and Philippines remains the top loss hotspot of the past decade. This is driven by a number of factors including high levels of local and international trade, congested ports and busy shipping lanes, older fleets and exposure to extreme weather.

Together, the top 10 maritime regions account for close to 80% of all losses over the past decade with the South China, Indochina, Indonesia and Philippines, East Mediterranean and Black Sea, and Japan, Korea and North China regions alone accounting for half of all losses.

– The COVID-19 factors: Following sharp falls during the early part of the pandemic, global trade volumes have since rebounded. However, volatility in demand, constraints on capacity and the ongoing impact of Covid-19 are causing major congestion at ports and disruption to supply chains. In May 2021, Covid-19 outbreaks at Guangdong Province in southern China and one of the busiest ports in the world, Yantian in the city of Shenzhen, brought further delays.

However, despite the devastating economic impact of Covid-19, the effect on maritime trade has been less than first feared:

Trade volumes did not fall off a cliff as expected and now we see a strong recovery in several parts of the industry. The pandemic is also testament to the reliance of the shipping industry. Shipping companies learned the lessons of the global financial crisis, and as a result, are in a good position this time around

The latest in a growing list of incidents involving large vessels, the Ever Given has added to concerns in the industry that the risks associated with large ships may soon outweigh the benefits.

Moreover, In 2020, the number of incidents fell slightly, but was still above the average, according to the Norwegian Association of Marine Insurers (Cefor). Although the past year has not seen container ship fires on the scale of the Yantian Express, Maersk Honam and the MSC Flaminia incidents that have made headlines in recent years, smaller fires and near misses are still a regular occurrence. On average there was approximately one fire every two weeks in 2020.

We are starting to see some traction. The IMO and class societies have taken up the issue of fire detection and firefighting, although the ongoing problem of mis-declared cargo is not so easily addressed because the problems are within the supply chains

– Vulnerabilities in the supply chain: The blocking of the Suez Canal by the container ship Ever Given in March 2021 sent shockwaves through global supply chains that are critically dependent on seaborne transport.

The incident exposed potentially serious vulnerabilities in the maritime supply chain, demonstrating the potential for global-scale disruption from chokepoints, such as major ports and shipping routes. It compounded delays and disruption already caused by trade disputes over the past year, extreme weather in the US and, of course, the fact that the shipping industry was already dealing with disruption caused by the pandemic, the result of coronavirus measures and restrictions, the Covid-19 crew crisis, and surges in demand for containerized goods and commodities.

Potential disruption claims scenarios:
1. For container shipments: If there are risk accumulations in a port due to weather delays there could be a potential shortage of refrigerated container plugs, resulting in spoilage of refrigerated cargoes.
2. For bulk shipments: Vessels that faced longer waiting times at anchor in the Mississippi River due to high water levels had anchor windlass and ground tackle failures, resulting in hull claims.
3. For RoRo shipments: Excessive accumulation of rolling stock can lead to storage in areas that are subject to flooding in the event of storms, as the primary storage areas are at maximum capacity.

– Security concerns mount: The piracy threat remains, driven by record numbers of crew kidnappings and vessels targeted further out at sea. Covid-19 could make it worse. Cyber bring both business interruption and regulatory risk for shippers. At the same time, the burden of international sanctions continues to rise, posing both a compliance and safety risk, as a number of vessels turn off transponders to avoid detection.

Piracy in the Gulf of Guinea contributed to an overall increase in piracy worldwide in 2020 with the number of incidents up by more than 20% year-on-year (195 incidents in comparison to 162 in 2019, according to IMB). However, the total of incidents declined to a 27-year low during the first six months of 2021 (68). Despite the
reduction, violence against crew has continued with 50 crew kidnapped, three each threatened and taken hostage, two assaulted, one injured and one killed throughout the first half of 2021. Vessels were boarded in 91% of the reported incidents.

In addition, ransomware has become a global problem. All four of the world’s largest shipping companies have been hit by cyber attacks, including the Mediterranean Shipping Company (MSC), which suffered a network outage in April 2020 from a malware attack, and CMA CGM SA, which was hit with a ransomware attack in September 2020. Even the IMO was recently targeted by a cyber attack, forcing some of its services offline.

– The environmental picture: Efforts to reduce emissions need to move up a gear while ESG reporting requirements will increasingly impact. The transition to low-sulphur shipping has gone well to date but has also brought machinery and fuel damage claims and fire risks. Meanwhile, sailing in Arctic waters continues to make waves but means unpredictable conditions, significantly higher environmental and salvage costs in the event of an incident and a lack of detailed voyage and hydrographic data.

As for IMO 2020, Allianz says that most vessels have so far opted for low-sulphur fuels, although the number fitting scrubbers is expected to rise as operators become more comfortable with the technology. According to BIMCO the number of ships fitted with scrubbers doubled to just over 4,000 in the 13 months after IMO 2020 came into force. Around 16% of container ships, representing 36% of container-carrying capacity, are expected to have scrubbers in 2021, 15% of bulk carriers and one in 10 oil tankers.

However, insurers have seen a number of machinery damage claims related to scrubbers and some arising from the use of ‘blended’ low-sulphur fuels. For example, there have been instances of aviation fuel – sold off cheaply due to a drop off in air traffic during the pandemic – being added to bunkers in Asia to produce blended low-sulphur fuel, which could cause resulting issues for shippers. Jet fuel has a lower flashpoint and adding too much can lower the temperature at which fuels catch fire, creating a serious risk for vessels.