Allianz: Asian waters accounted for a third of large vessels lost at sea in 2019

In 2019, Asian waters accounted for a third of large vessels lost at sea globally, despite the fact that large shipping losses remained at a record low by over 20% year-on-year. Meanwhile, the COVID-19 crisis could worsen the long-term safety improvements in the shipping industry for 2020 and beyond.

According to Allianz Safety & Shipping Review 2020: 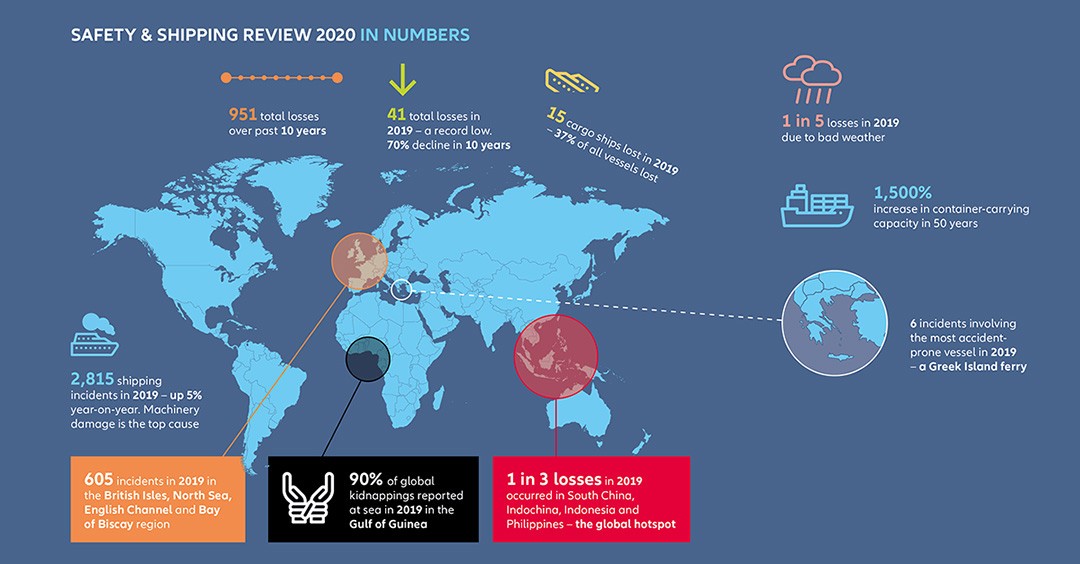 Specifically, in 2019, 41 total losses of vessels were reported around the world, down from 53, 12 months earlier. This represents an approximate 70% fall over 10 years and is a result of sustained efforts in the areas of regulation, training and technological advancement, among others. More than 950 shipping losses have been reported since the start of 2010. 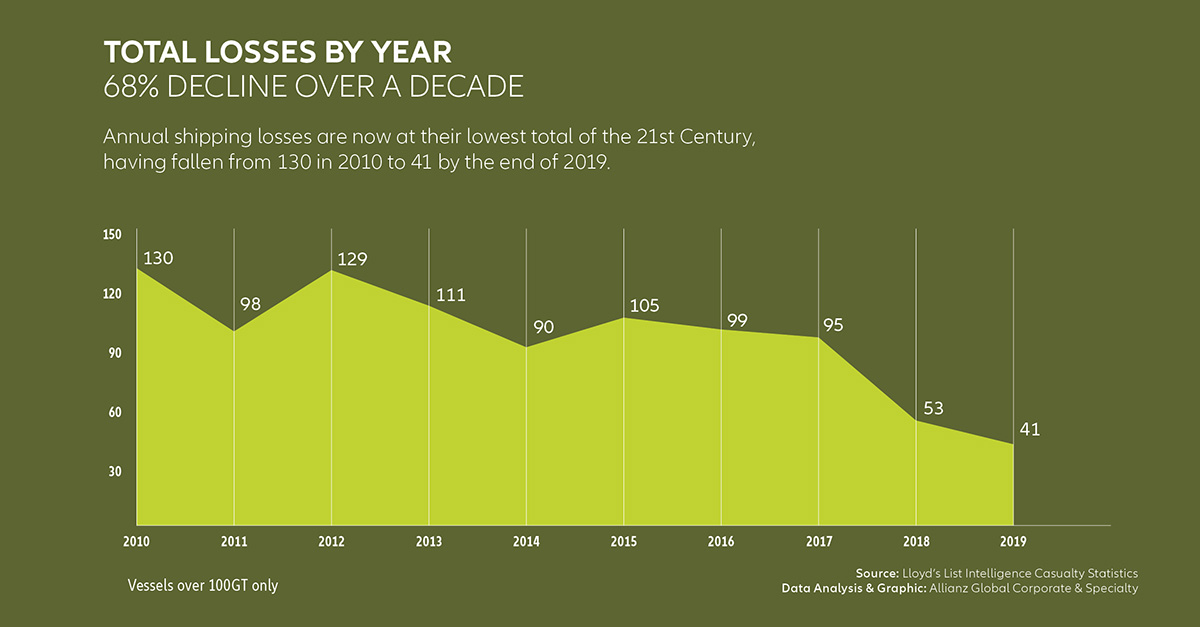 The report notes the impact the pandemic has on the shipping industry, highlighting the risks arising:

To find out more about the report click here.