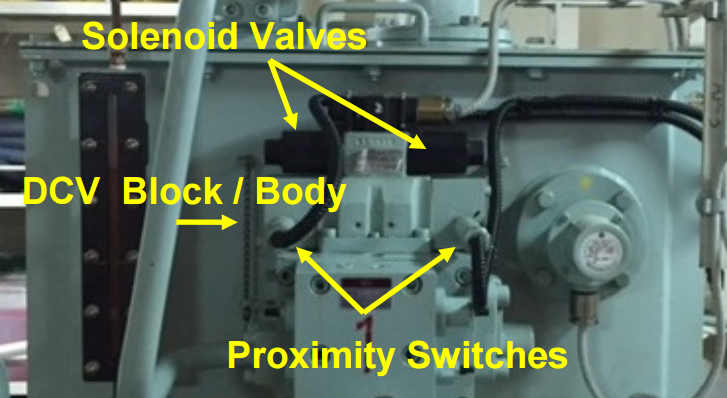 Alarm systems should not be deliberately ignored

Although neither event resulted in a marine casualty, they serve as a reminder to the potentially dangerous results that may occur when an alarm system is deliberately ignored. A false sense of operational safety develops when crewmembers continually silence what they consider to be a “nuisance alarm,” enabling a false perception of normalcy to develop. Inspectors observed on two vessels that repetitive alarms occurred every time crewmembers performed steering tests that attempted to move the rudder through its range of motion. The alarms indicated that “hydraulic lock” events had occurred. Each time, the alarm was simply acknowledged by the crew and the steering gear adequately moved the rudder. However, no further investigation was conducted to identify the cause of the alarm.

The part of the hydraulic system that causes the movement of the steering gear’s rams involves a Directional Control Valve (DCV), which is a hydraulic shuttle valve. A set of solenoid valves receive an electrical signal from the bridge helm or autopilot, which causes the flow of oil to certain sections of the shuttle valve. The DCV shifts and initiates flow to the system’s hydraulic rams dependent on the command. If the shuttle valve does not shift or is not sensed as having shifted after a period of time, an alarm on the bridge console activates. The devices that sense the movement of the main shuttle valve are proximity switches. They do not physically touch the ends of the shuttle valve but instead magnetically sense its presence.

In each of the two cases profiled here, the proximity switches were faulty and required replacement. Ignoring the problem meant that although the rudder moved as expected in these two cases, the lack of properly functioning proximity switches might result in a failure to detect if the rudder had not moved, since crewmembers had trained themselves to ignore the alarm. It is well known that close calls and near misses occur more frequently than actual incidents. In this instance, the systems and alarms forewarned the operators of a problem. By ignoring the alarms, the crewmembers accepted a higher level of risk and reduced their safety margins. If the situation had been allowed to persist indefinitely, an unwanted incident could have occurred with potentially dire consequences.

Recommendations • address the management of nuisance alarms in Safety Management Systems and require immediate correction of their specific causes; and • Include strict prohibitions against the pinning or securing of alarm acknowledgment buttons and switches. Such actions should be deemed as unacceptable corrective measures as they have contributed to serious marine casualties in the past.