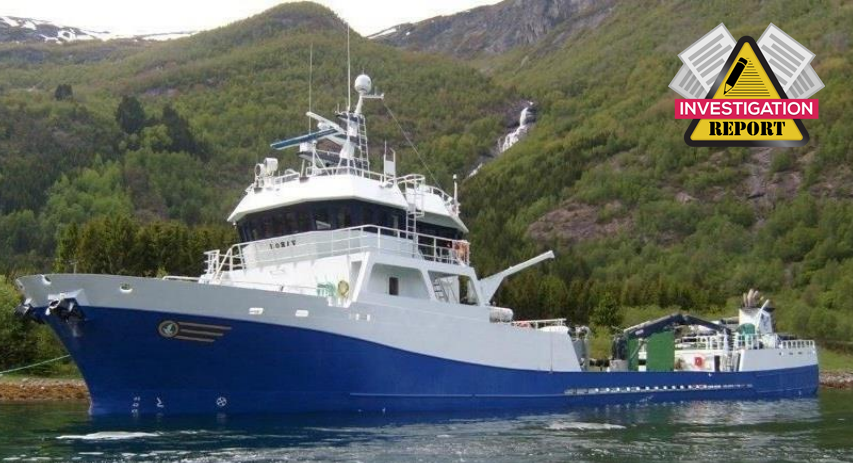 Accidents Investigation Board Norway released its report regarding the 10 September 2018 incident, when a crew member died in an occupational accident on board Rohav LLUZ in Bergsfjorden, Senja municipality.

On Monday 10 September 2018 Rohav had just been unloaded and was waiting for instructions for the subsequent order. In the meantime, the motorman was to prepare the holds (well tanks) for new cargo.

Before preparing the hold, he planned to replace a hose in the hydraulic system that operated the cargo hold hatch. When the motorman disconnected the hose, the oil leaked and the hydraulic pressure dropped, making the cylinders lose their load capacity. The cargo hatch closed and crushed the motorman against the hatch frame.

First aid was quickly started by the crew on board. The vessel went to Skaland to transfer the casualty to air ambulance, but life was not going to be saved.

This work had not been agreed with any of the other crew members, and nobody noticed that their colleague was trapped under the hatch cover before it was too late.

The investigation showed that the hatch covers were not any equipped with any securing devices. The ship's safety manual was incomplete with regard to work tasks involving the hatch cover. Such tasks had never been identified as a potential hazard, nor had risk assessments been carried out.

The Shipping company, ship yard and the Norwegian Maritime Authority has implemented actions to prevent similar accidents to occur in the future.

Due to the measures taken, the AIBN has not issued any safety recommendation in connection with this accident. 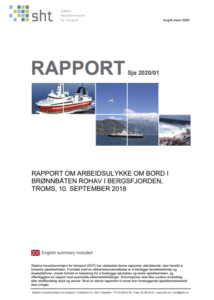