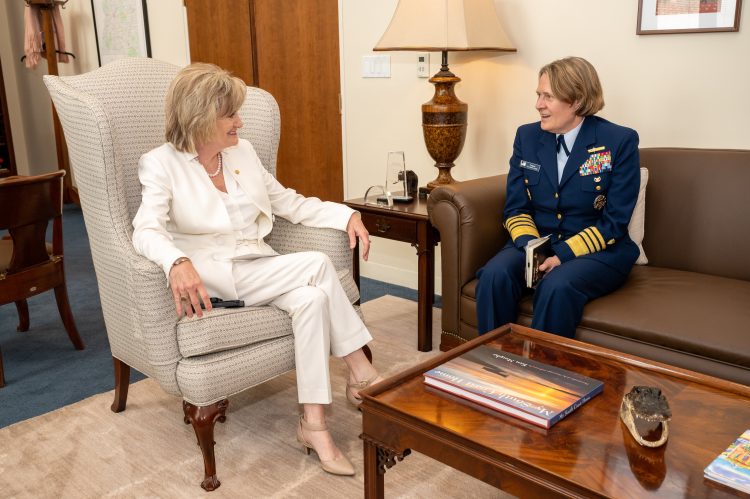 Admiral Linda Fagan has been confirmed by the U.S. Senate to the post of commandant of the U.S. Coast Guard, making her the first woman to head a U.S. military service.

On Wednesday, Linda Fagan’s nomination was approved by unanimous consent. She is replacing the outgoing commandant Admiral Karl Schultz upon his retirement. She will take up the post towards the end of May, and Vice Admiral Steven Poulin will succeed her in the role of vice commandant.

It is with deep pride that I congratulate Admiral Linda L. Fagan on her confirmation by the Senate as Commandant of the U.S. Coast Guard. Admiral Fagan is the Coast Guard’s first woman to hold the rank of four-star admiral

…the U.S. President, Joe Biden, said in a statement.

Maritime Authority of Jamaica: Women are advancing up the maritime career-ladder

My administration is committed to seeing more qualified women in senior leadership and command roles; making sure women can succeed and thrive throughout their military careers.

…he said, adding that “today, Admiral Fagan’s confirmation as Commandant of the U.S. Coast Guard signals to women and girls across our nation they have a place in protecting their country at the highest level.”

Congratulations to Admiral Linda Fagan, who was confirmed yesterday to be the new U.S. Coast Guard Commandant and will be the first woman to serve in the role

…said the American Waterways Operators in a statement.

As informed, Admiral Linda Fagan is the Coast Guard’s first female four-star admiral. Since last June, she has held the post of vice commandant. She previously served as the commander of Coast Guard Pacific Area, a command covering more than 74 million square miles of ocean from the U.S. West Coast to Asia.

In addition, she has served as commander, Defense Force West, providing Coast Guard mission support to the Department of Defense. She is the longest-serving officer with a background in the Coast Guard’s marine safety community.

Fagan is a tremendous leader, trailblazer, and respected public servant who will lead the USCG across its critical missions with honor. Over Admiral Fagan’s 36 years in the USCG, she has served on seven continents

…said Secretary of Homeland Security Alejandro Mayorkas in a statement.