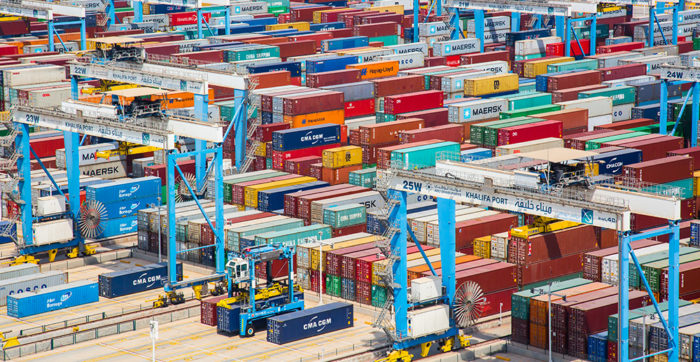 Above image is used for illustration purposes only / Credit: Abu Dhabi Ports

Khalifa Port announced it will invest 3.8 billion dirham ($1 billion) increasing its capacity by 50% by the end of 2020, aiming to meet clients' demand and expanding the port, according to Reuters.

Khalifa port began operations in  2012, and is located between Abu Dhabi city and the financial centre of Dubai where the region’s largest transshipment port Jebeli Ali is located.

Abi Dhabi invests in infrastructure aiming to the emirates being less dependent on oil and gas and the port is a key part of its plans.

Additionally, the port is expected to handle 2.5 million TEUs this year, up from 1.7 million in 2018, and will also invest 2.2 billion dirhams on the South Quay growth and Khalifa Port Logistics which will include new quay walls and additional terminal yard space to be finalized by the first quarter 2021.

The executives noted that the expansion will be partly self-financed with the rest raised through local banks.

Khalifa Port continues to expand and innovate to meet the diverse needs of our business partners, while driving forward the UAE’s economy and its strategic partnership with China, its largest non-oil trading partner.

The port’s CSP Abu Dhabi Terminals facility, opened in May, majority-owned by COSCO, has handled up to now 330,000 TEUs this year, and expects to handle more than 800,000 in 2020, as Deputy CEO Naser Albusaaedi addressed.