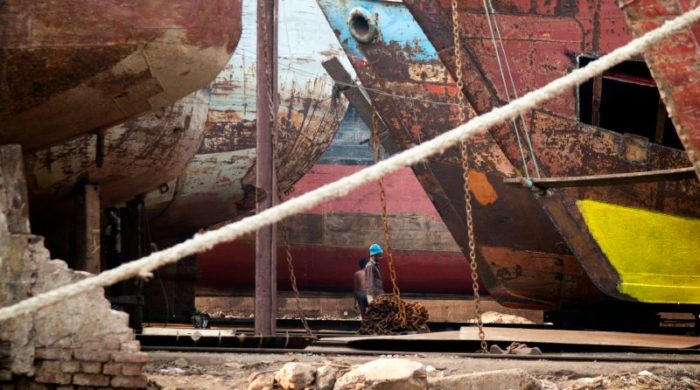 The bulk carrier 'Crystal Gold' remains unmoved from its position polluting the environment at Chittagong's Parki Sea Beach in Bangladesh, two years after it broke loose from its moorings and ran aground in heavy weather conditions.

Legal complexity also impeded the new owner to move the vessel to a shipbreaking yard, so the company took measures to dismantle it at the beach, at Parki Beach of Anowara upazila.

In January, the company was fined Tk 2 crore (US$240,000) for breaking 'Crystal Gold'. According to the Chittagong Region of Bangladesh's Department of Environment, the company proceeded with the dismantling without a permit, causing marine pollution in an area which is not designated for shipbreaking.

In February, the DC's office told the DoE to take environment-friendly steps as per Bangladesh Ship Recycling Act-2018 for scrapping the vessel, but an appeal of Four Star regarding the fine was pending with the High Court and no  decision could be taken until the court settles it.

Meanwhile, part of the area was allegedly polluted by the ship discharges during the beginning of shipbreaking.

The Crystal Gold, moored at Chattogram Port's outer anchorage, ran aground near Parki beach during cyclone Mora in 2017.