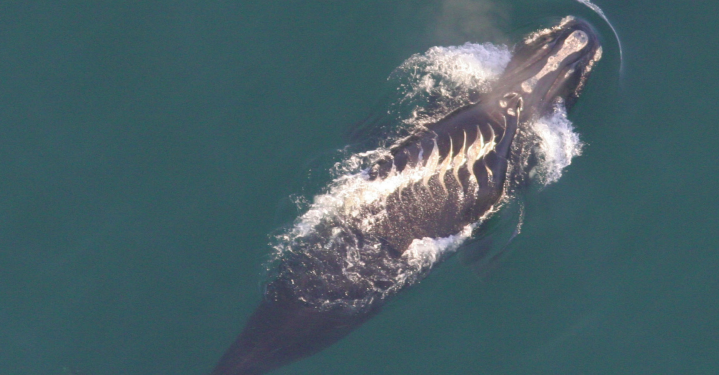 A new report by ocean conservancy group Oceana identified up to 90% non-compliance of ships in mandatory speed zones and 85% in voluntary areas established by the National Oceanic and Atmospheric Administration (NOAA) along the US Atlantic coast, from 2017 to 2020.

As explained, NOAA uses two different types of management tools to help protect North Atlantic right whales from vessel strikes: permanently designated mandatory Seasonal Management Area (SMA) speed zones in places where whales are expected to be, and reactive voluntary Dynamic Management Area (DMA) speed zones when a whale is spotted. DMAs suggest that vessels avoid the area and have a voluntary speed limit of 10 knots. In contrast, SMAs require vessels to slow down to 10 knots.

Oceana’s analysis of vessel compliance with speed restrictions in both SMAs and DMAs between 2017 and 2020 used data from Global Fishing Watch, an international nonprofit organization founded by Oceana in partnership with Google and SkyTruth. Oceana analyzed self-reported vessel speeds and location data to track vessel speeds and positions in North Atlantic right whale conservation areas. DMAs were broken up into four regions: Gulf of Maine, Southern New England, Mid-Atlantic, and the Southern States.

-The SMAs with the worst compliance were: Wilmington, North Carolina to Brunswick, Georgia (almost 90% non-compliance);

-Two-thirds of the vessels that exceeded 10-knot speed limits in both DMAs and SMAs operated under foreign flags.

-The worst offenders were flagged to the United States, Panama, Marshall Islands, Liberia, Germany, and Singapore.

As a result of these findings, Oceana is urgently calling on NOAA to immediately revise vessel speed regulations for the US Atlantic to: