A global movement of 87 companies have joined forces on the 'Business Ambition for 1.5°C — Our Only Future' campaign,  promising to scale up their climate ambitions by setting science-based targets aligned with limiting global temperature rise to 1.5°C above pre-industrial levels.

The 87 companies, with a total market capitalisation of over US$ 2.3 trillion and annual direct emissions equivalent to 73 coal-fired power plants, teamed up on the occasion of the UN Climate Action Summit in New York.

The report, 1.5°C Business Leadership, features the solutions and strategies developed by these companies to make their critical contribution to tackling the worst impacts of climate change.

Companies have an opportunity to step up as leaders at the forefront of the climate movement, reimagining the way they can work together with both Governments and the United Nations to shift industries and transform the way we do business,

In particular, the companies joining the campaign are committed to setting science-based targets through the Science Based Targets initiative (SBTi), which independently assesses corporate emissions reduction targets in line with what climate scientists say is needed to meet the goals of the Paris Agreement.

Integrating this process into corporate strategies and decision-making requires buy-in from all employees and the 1.5°C Business Leadership report examines some of the ways in which leaders are beginning to do this, DNV GL noted.

The UN Global Compact recognised the companies that have stepped up as part of the campaign at the Private Sector Forum — the official luncheon of the UN Secretary-General’s Climate Action Summit — which annually brings together more than 350 Chief Executives, Heads of State and leaders of UN agencies.

The companies committed collectively represent over 4.2 million employees from 28 sectors and are headquartered in 27 countries.

Since the first 28 companies committed to 1.5°C were announced in July, the number has more than tripled.

This comes as the UN estimates that the world would need to increase its efforts between three and five times to contain climate change to the levels dictated by science - a 1.5°C rise at most - and avoid escalating climate damage already taking place around the world. 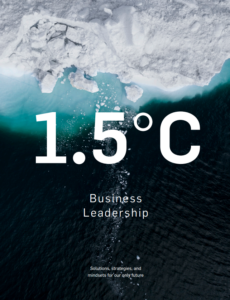