48% decrease in piracy incidents in Asia

The 14 incidents reported during January and March 2018 are a 48% decrease compared to January-March 2017. Of these incidents,: 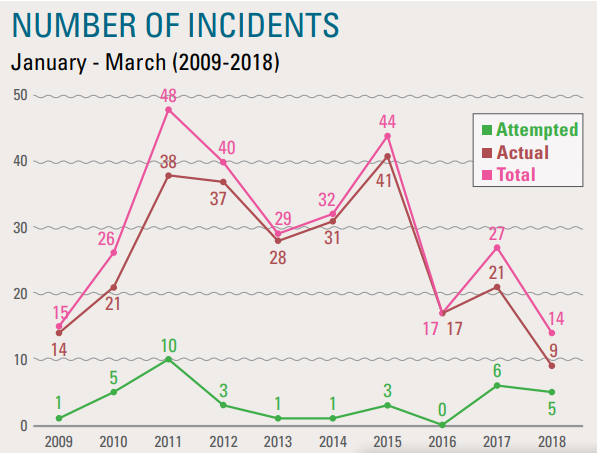 The improvement during this period was caused by a decrease in the number of incidents at ports and anchorages in Bangladesh and Philippines. Namely, there was no actual incident of abduction of crew for ransom in the Sulu-Celebes Sea, and no hijacking of ships for theft of oil cargo during January-March 2018. However, of concern was an attempted incident n the Sulu-Celebes Sea involving the container ship, "Kudos 1" on 16 February 18.

Of the nine actual incidents reported during January-March 2018: 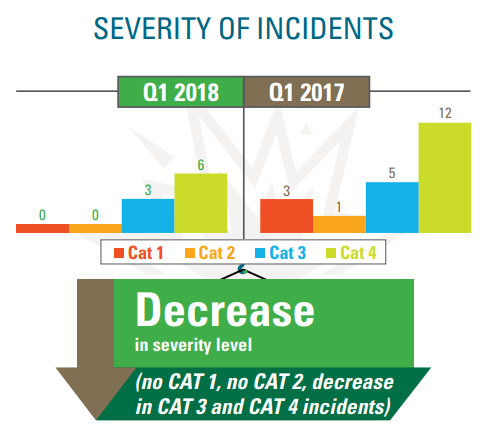 ReCAAP ISC also provided recommendation to ships, which are the following:

See the full report in the PDF herebelow