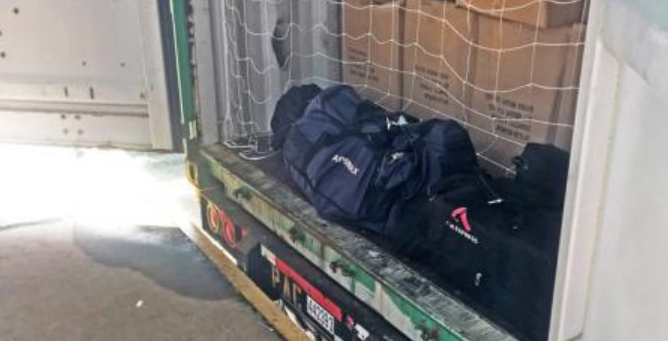 The cocaine weighed about 151 kilograms, or about 333 pounds, and has a street value of about $10 million, CBP said.

In addition to beach chairs, authorities discovered four black bags inside the container, which contained a combined 125 bricks of the drug.

This seizure illustrates the complexities of Customs and Border Protection’s multi-faceted missions, from ensuring that imported goods comply with US trade regulations to interdicting dangerous drugs that harm our communities. CBP officers remain vigilant at our nation’s ports of entry to significantly impact transnational criminal organizations that push dangerously unsafe consumer goods or dangerous drugs,

The beach chairs were destined to an address in Maryland.

No arrests have been made. Homeland Security Investigations special agents continue to investigate.

On average, CBP seizes 4,657 pounds of narcotics every day across the US.

CBP’s previous high-water mark for cocaine seizures in Baltimore was about 311 pounds from 16 April 2007.