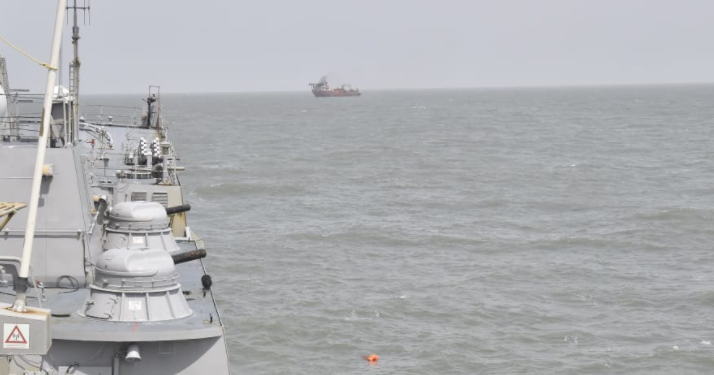 Following the sinking incident of “Barge P305” off Mumbai, the Indian Navy informed that so far 188 of the 261 people who were on board, were rescued.

To remind, Barge P305 sank on Monday 17th May, during the severe Cyclone Tauktae.

Until now, as many as 26 personnel on board the barge are dead, while 49 still missing, after Navy personnel, battling extreme weather.

In light of the situation, Indian Navy launched a fresh aerial search and rescue mission, deploying helicopters to scour the waters off Mumbai coast, where the accommodation barge P305 went adrift in Cyclone Tauktae fury before it sank Monday.

Overall, ships & aircraft will continue to search for the missing crew members.