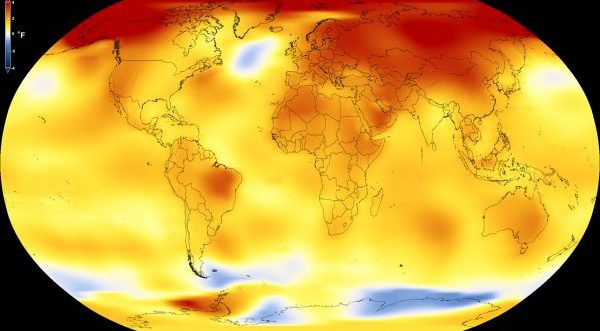 2017 is the second hottest year in history

In a separate, independent analysis, NOAA scientists found that 2017 was the third-warmest year in their record. The minor difference is due to different methods to analyze global temperatures used by the two agencies, although over the long-term the records remain in strong agreement.

The planet’s average surface temperature has increased about 2 degrees Fahrenheit (a little more than 1 degree Celsius) during the last century, mostly because of increased carbon dioxide and other human-made emissions into the atmosphere.

These measurements are analyzed through an algorithm that takes into consideration the varied spacing of temperature stations around the globe and urban heating effects that could skew the conclusions. These calculations produce the global average temperature deviations from the baseline period of 1951 to 1980.

NOAA scientists used much of the same approach, but with a different baseline period, and different methods, explaining this way the deviation between the two measurements.