20 abducted seafarers from “Duke” reported to be safe

Specifically, the families of four Goan sailors asked help from Narendra K. Sawaikar. He then wrote on December 24 to India’s Ministry of External Affairs (MEA), urging them to intervene and ensure the sailors’ release.

In the meantime, efforts are underway in attempts to achieve the early release of the abducted seafarers, whose location for the time being remains unknown. 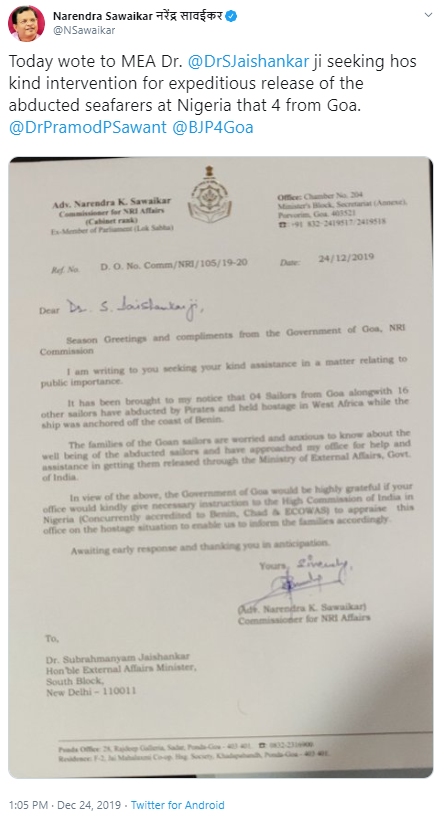 DG Shipping (Government of India) has confirmed that contact has been established between the concerned parties and the Indian nationals are reportedly safe. The Mission will continue to follow up on the issue.

He added that the Nigerian Defence Minister assured that they would take all necessary assistance for the safety and early release of the abducted seafarers in case they are found in Nigeria.