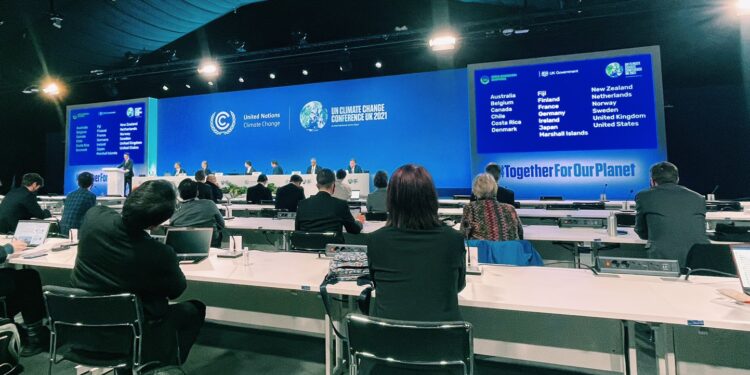 Transport Day at COP26 started with the launch of Clydebank Declaration, which aims to support the establishment of zero-emission maritime routes between 2 (or more) ports.

Until now, the Declaration’s signatories include:

It is our aspiration to see many more corridors in operation by 2030. We will assess these goals by the middle of this decade, with a view to increasing the number of green corridors.

Today, Ministers and CEOs met to launch the Clydebank Declaration, part of the #ZeroEmissionShipping Mission, to support the establishment of ‘green shipping corridors’ and spark an evidence-based, collaborative discussion on the next steps in enabling a #Green shipping future. pic.twitter.com/ekn89CvADQ

What is more,  signatories of this Declaration assert the need for the formation of an international coalition between ambitious governments, to act together and demonstrate that maritime decarbonisation is possible, while unlocking new business opportunities and socioeconomic benefits for communities across the globe.

In the pursuit of the above-mentioned goals, signatories pledge to:

Concluding, in supporting the establishment of green corridors, signatories recognise that fully decarbonised fuels or propulsion technologies should have the capability to not add additional GHGs to the global system through their lifecycle, including production, transport or consumption.