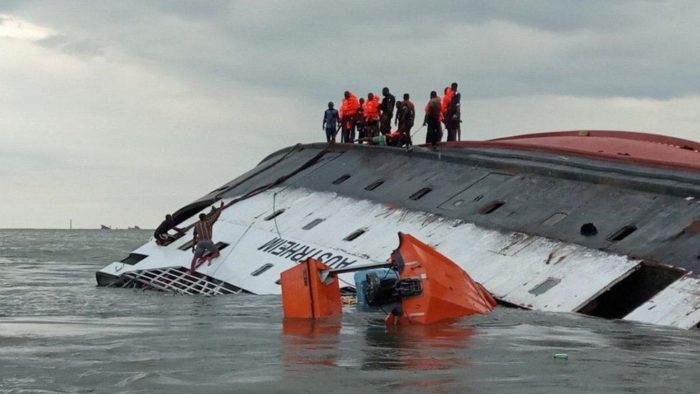 17 dead after ferry sinks off Cameroon

A ferry capsized off the Bakassi Peninsula of Cameroon's southwestern coast on August 25th. Due to the capsizing, 17 bodies were recovered, as Bernard Okalia Bilai, governor of the Southwest region informed.

Initial information was saying that the bodies were three, but on Monday and Tuesday fourteen more were discovered, Xinhua news agency reported.

In addition, four people were rescued by Nigerian fisherman, while 107 others were rescued by the Cameroon navy. Now, the rescue team is still searching for missing persons.

At the time of the incident, 132 persons were on board the ship, including crew and passengers. Nevertheless, local media reported that the total number of passengers was about 150.

The ferry had departed Nigeria, heading to Tiko wharf in the Southwest region.

According to information, the accident took place due to overloading, with officials claiming that the cause was bad weather.