Attacks against ships in Singapore Strait remain of concern 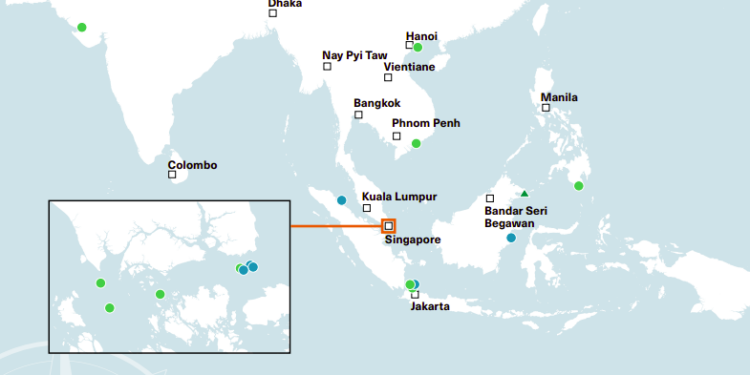 Map of the incidents reported in Q1 / Credit: ReCAAP ISC

A total of 17 incidents of armed robbery against ships were reported in Asia during January-March 2021, marking a 39% decrease compared to the same period in 2020, ReCAAP ISC said in its first quarterly report for 2021.

The incidents decreased in Bangladesh, India, the Philippines, Singapore Strait and Sulu-Celebes Seas, while there was a slight increase of incidents in Vietnam.

The continued occurrence of incidents in the Singapore Strait and the threat of the abduction of crew in the Sulu-Celebes Seas and waters off Eastern Sabah remain the main areas of concern.

Despite a decrease of incidents in several locations, the ReCAAP ISC urges the law enforcement agencies to continue to enhance surveillance, increase patrols and respond promptly to incidents reported by ships and to make more arrests. Ship masters and crew are advised not to let their guard down, but to exercise vigilance, maintain constant lookout for suspicious boats in the vicinity, report all incidents immediately to the nearest coastal State, and implement preventive measures recommended in the ‘Regional Guide to Counter Piracy and Armed Robbery Against Ships in Asia’.

The arrests of perpetrators demonstrate the importance of timely reporting of incidents by ships to the coastal States and the prompt response by the coastal States. The ReCAAP ISC reiterates that collective efforts and shared responsibility by all stakeholders are indispensable in combating piracy and sea robbery. 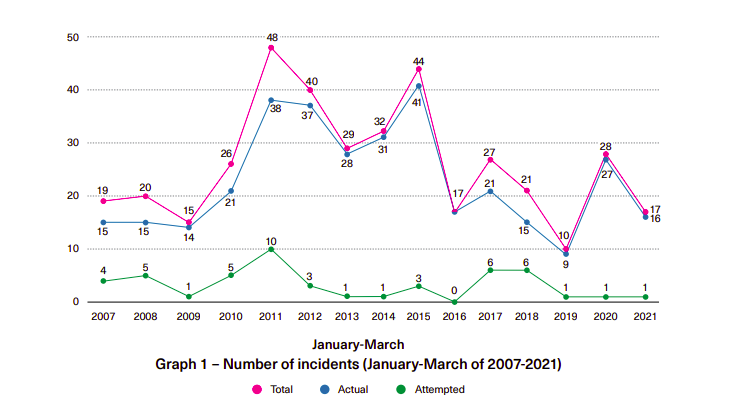 -A total of 17 incidents of armed robbery against ships were reported in Asia during January-March 2021.

-No piracy incident was reported during this period.

-Of the 17 incidents, 16 were actual incidents and one was an attempted incident.

-Of the 16 actual incidents reported during January-March 2021, six were CAT 3 incidents and 10 were CAT 4 incidents. There was no CAT 1 and no CAT 2 incidents. 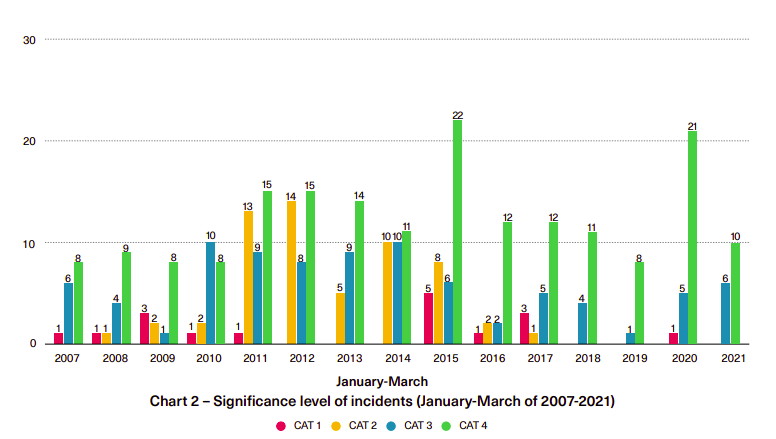 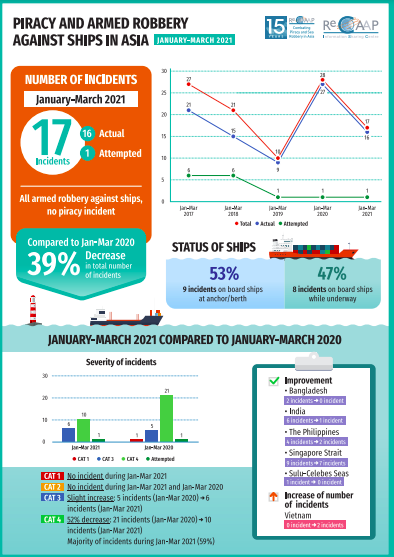 Find more in the full report