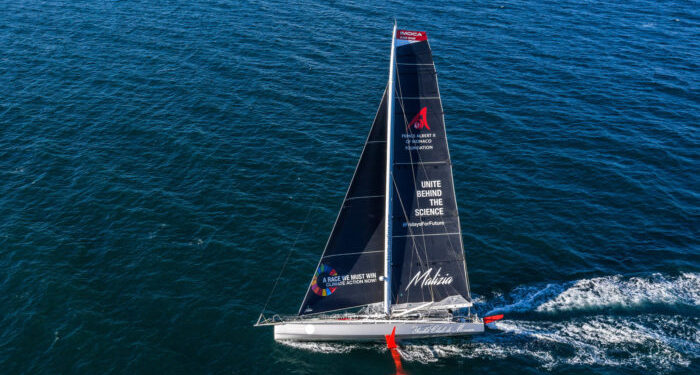 Teenage climate activist Greta Thunberg sailed into New York Harbor on Wednesday after a 14-day journey from UK on a zero-carbon emissions vessel, to join a United Nations climate summit to take place in late September.

The 16-year-old Swedish activist, who set sail from Plymouth, England, on 14 August, attracted media attention last year, when she started missing school on Fridays to protest against political inaction on climate change.

Thunberg chose to travel on the zero emissions vessel ‘Malizia II’, instead of an airplane that burns fuel polluting the environment.

The 60-foot yacht is equipped with solar panels and underwater turbines that produce electricity onboard.

The boat has no shower or toilets, and those aboard including Thunberg’s father and crew members planned to eat freeze-dried food throughout the trip, Reuters reported.

The UN Secretary-General António Guterres will host the 2019 Climate Action Summit on 23 September, in a bid to boost ambition and accelerate actions to the implementation of Paris Agreement.

In addition to the UN Climate Action Summit in New York, Thunberg intends to join the COP 25 climate change conference in Santiago, Chile, in December.