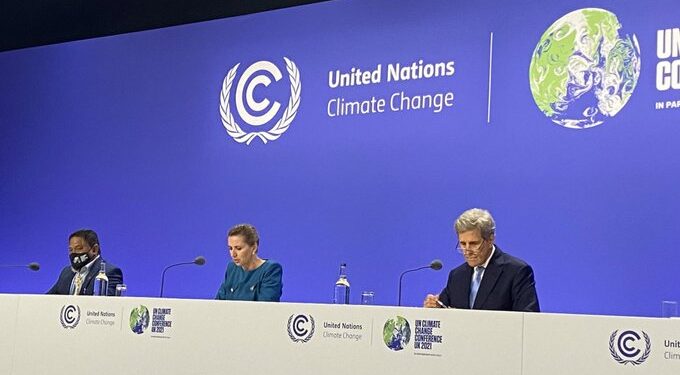 A total of 14 countries have signed a declaration during COP26, urging the IMO to take immediate action in order to achieve zero emission shipping by 2050.

More specifically, Belgium, Britain, Finland, France, Germany, Honduras, Hungary, Iceland, the Marshall Islands, Norway, Panama and Sweden, Denmark, and the US signed the maritime sector declaration, which commits countries to work at IMO to adopt goals for 2030 and 2040 that place the sector on a pathway to full decarbonization by 2050.

The next step is to discuss this matter within the IMO, until the end of November, with the Danish Prime Minister Mette Frederiksen, highlighting that:

We urge the IMO to take action to set ambitious targets to achieve zero emission shipping by 2050. Carbon-neutral shipping is vital to reaching our climate goals

Now, an IMO spokesperson informed that discussions will take place regarding the proposals from countries for broader climate measures to be adopted in 2023.

The signing of the declaration comes after more than 150 industry leaders and organizations signed the “Call to Action for Shipping Decarbonization”, in September, urging for decisive government action to enable full decarbonization of international shipping by 2050.

Namely, the signatories called on governments to:

In a similar declaration, over 130 renewable energy operators, under the auspices of the International Renewable Energy Agency (IRENA) Coalition for Action, launched a call to action, urging all governments to ensure access to high-quality, sustainable jobs during the energy transition.

What is more, several countries are pressing ahead with stricter policies. In fact, the 27-country European Union is considering a proposal to add shipping to the EU carbon market, forcing ship owners to pay a fee when they pollute.

Decarbonizing international shipping is a key element of keeping the goal to limit warming to 1.5° C alive. Proud to support today’s declaration to help achieve zero emissions from the sector by 2050. @COP26 #OceanClimateAction https://t.co/udqHZftRge pic.twitter.com/ybi4Ak6FpE

Additionally, Britain is trying to gather a group of countries to make a similar declaration on aviation at COP26, to push the U.N. aviation agency to set a tougher emissions target, according to documents seen by Reuters.

EXPLORE MORE ON THE DECLARATION FOR ZERO EMISSION SHIPPING